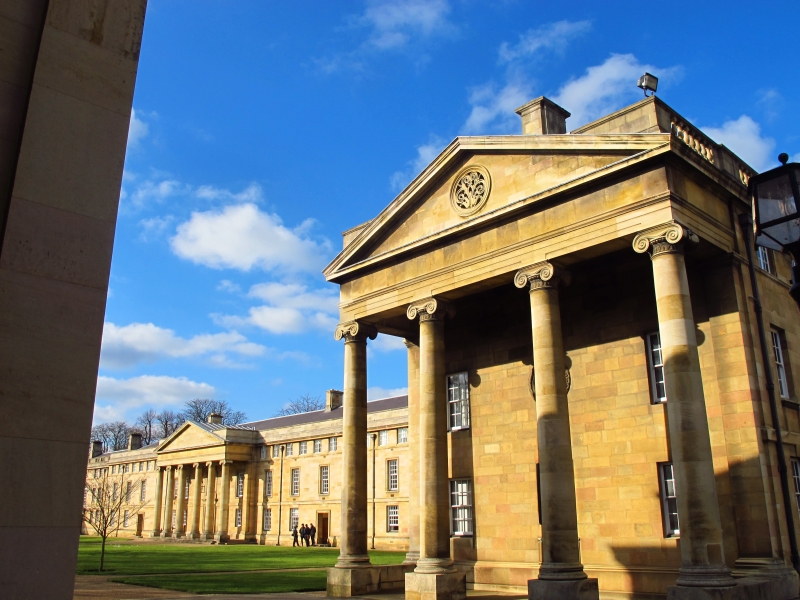 DOWNING COLLEGE
1.
942
The East and West Ranges,
including the Hall, the
Master's Lodge and the
TL 4457 NW 10/257 26.4.50. East and West Lodges.
I
2.
1807-21, 1874-76. Designed by William Wilkins, the ranges completed by
E M Barry. The design was for the Hall and the Master's Lodge at the southern
end of either range, each to have a hexastyle Ionic portico facing the
court and a tetrastyle one facing south. These were flanked on the North
by detached blocks joined only by single storey screen walls. Gault brick
faced in Ketton stone. 2 storeys and attics. Barry altered the Hall
interior and completed the ranges of chambers to the North, as well as
building behind the screen walls. Many original interior features remain.
The Hall was enlarged in the 1968/9 modernization. (RCHM.)