Church of the Holy Sepulchre 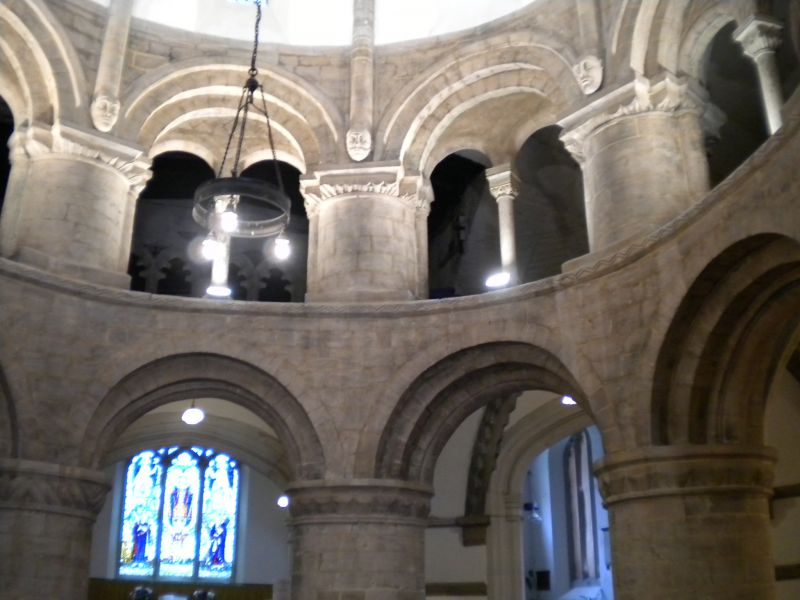 Includes: CHURCH OF THE HOLYSEPULCHRE, ROUND CHURCH STREET
On east side of Bridge Street opposite the north end of St John's Street. One of the 5 surviving round churches in the country. The circular nave with its aisle is of the first half of the C12; the upper part was altered in the C15 and there are remains of that date in the chancel. The building was drastically restored and in part rebuilt in 1841, to which date much of the Eastern arm belongs. The work was done under the direction of A Salvin, and financed by the Cambridge Camden Society. Most of the fittings date from this period. Nos 8-19 (cons), The Church of the Holy Sepulchre and The Church of St Clement form a group. (Sources: The Royal Commission on the Historical Monuments of England: Inventory of the Historical Monuments in the City of Cambridge: 1959:-)