A Grade I Listed Building in Northborough, Peterborough 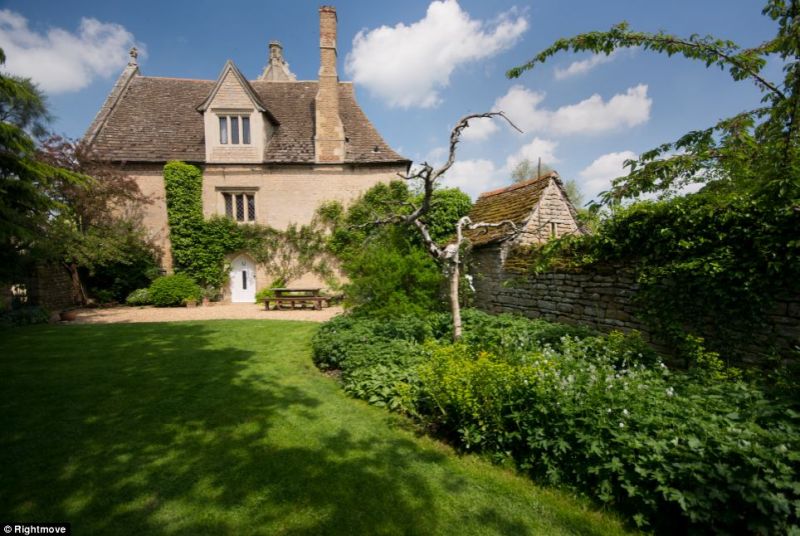 1.
5141 NORTHBOROUGH LINCOLN ROAD
Northborough Manor House
(formerly listed as
Northborough Castle
Farmhouse)
TF 1507 27/427 15.12.55
I GV
2.
Built 1330-40 by the de-la-Mare family. The Manor was sold to James Claypole
in 1565. His son who succeeded him was knighted and died in 1630. It retained
in the Claypole family until it was sold in 1681 to Lord Fitzwilliam. Reputedly
visited by Oliver Cromwell whose daughter Elizabeth married John Claypole.
A hall and gatehouse survive from what must have been a medieval manor house,
with early C17 alterations. Built of coursed stone rubble with freestone dressings and with steeply pitched Collyweston stone roofs with gabled ends. The west gable of the hall has coping with leaf crockets and hexagonal base of pinnacle or chimney shafts at the apex. The north front has 2 tall 2-light windows with straight heads and blocked reticulated tracery and buttress between. Large C17 gabled semi-dormer above with mullion windows. To the right is an early C16 2 storeyed gabled porch with moulded arch, and original doorway behind with filleted roll moulding. Through the screens passage to similar back doorway. Some partly blocked reticulated tracery windows at the rear with buttress between and 3 C17 gabled semi-dormers above.
To the west, is a 2 storeyed cross wing gabled at north front with crocketed finial and mullion transom windows, and a hipped roof to south with small gablet, and large chimney stack on west side.
To the north-east is a C17 2 storey and attic wing with asymmetrical gable.
Interior, though the screen is missing, there are 3 doorways from the screens
passage to the former buttery, kitchen and pantry, with crocketed ogee heads within ogee gables. The traceried heads to the windows were blocked when the hall was floored in the C17. Stairs in hall with shaped slat balusters, and with heavy moulded balusters to top stage. The hall has braced collar rafter roof with ashlaring. Other interior features include moulded stone door frames, a moulded stone chimmey piece and 2 large moulded arches in the north wall (which seem to predate the traceried windows).
VCR Northants Vol II.