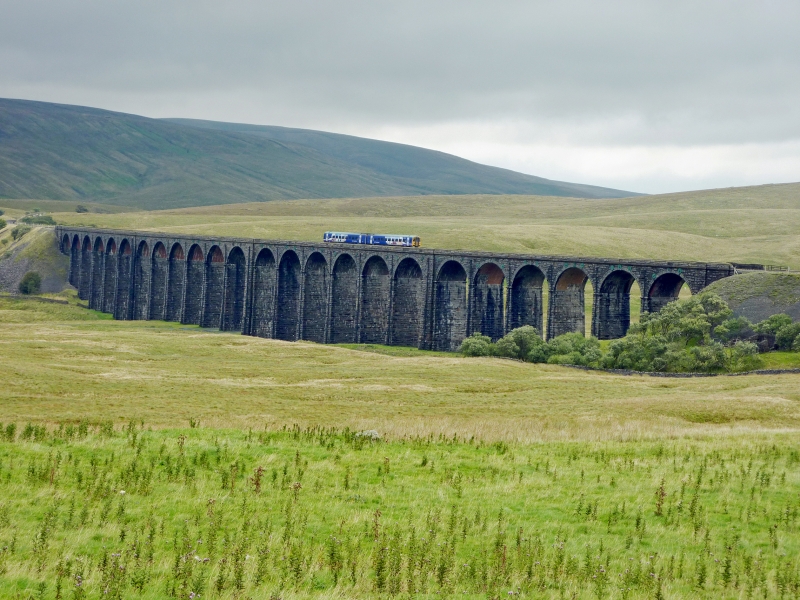 Railway viaduct. 1870-1874, J Crossley, Engineer. Rockfaced stone and brick. 24 segmental arches on battered piers some of which have been cased in concrete and others have iron straps. 104 feet high at highest point. The largest and most impressive of the viaducts of the Settle - Carlisle line of the Midland Railway. Known also as Ribblehead Viaduct.

Note: Ribblehead railway construction camp and prehistoric field system is a Scheduled Ancient Monument (List Entry Number: 1015726). While the viaduct is not included in the scheduling the ground immediately surrounding the foundations of the viaduct where remains of construction activities will survive, is included.