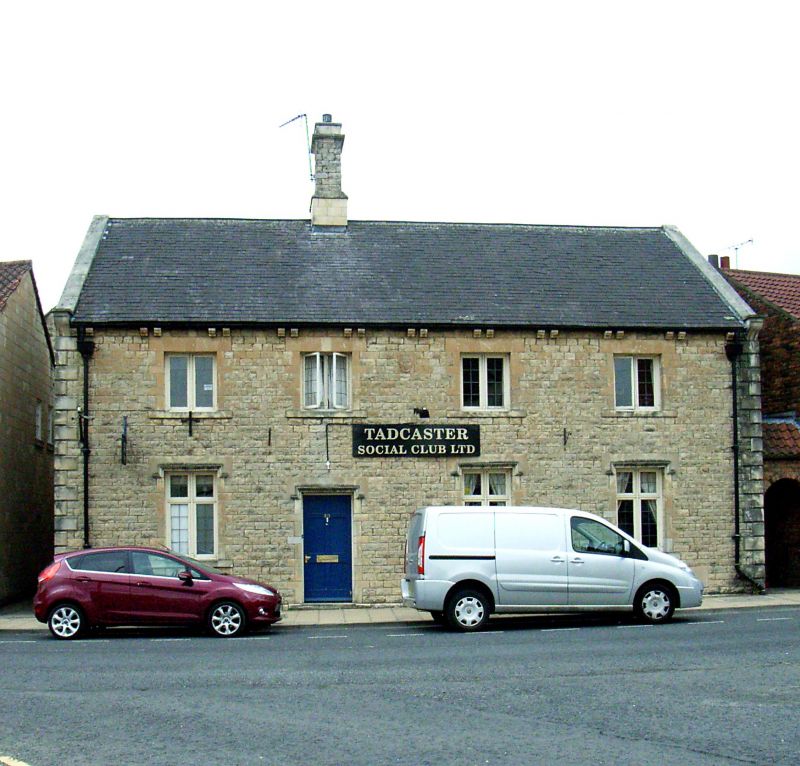 In the entry for the following:-

The Grade shall be amended to read II * (star)

Marked on O.S.map as British Legion Club. Priests house or vicarage, now
disused. Late C13 rebuilt c1500, with C18, C19 and C20 alterations and
additions. Coursed limestone with ashlar dressings and breeze block and
brick infill. Slate roof with a single raised coped gable and a single
stone stack. Quoins. 2 storey. North-east front has an off-centre blocked
chamfered doorway with to the left a single blocked window. To the right
a further blocked doorway and window and beyond the blocked scar of a C19
addition. Above a small off-centre window, with 2 blocked windows to the
left, and above a chamfered eaves band. To the right 3 blocked windows.
North west front has a projecting external stack, and a restored round
headed chamfered doorway with hood mould, and a blocked window above, plus
set back to the right a single C19 chamfered cross mullion window to each
floor. Southwest front has a projecting gabled wing to the left. The side
wall has a tall chamfered window opening. To the right a pair of blocked
doorways. And above 3 irregularly spaced chamfered window openings all
blocked. South-east gable wall has a blocked doorway and upper doorway plus
a brick gable. Interior has 3 exposed stud partition walls on the first
floor in the former hall range. The roof to this section has 2 king post
trusses with triple curved braces partly infilled. The roof also retains
some arch braces over the former hall. The cross wing has a single truss
with arch braces a saddle and king post.