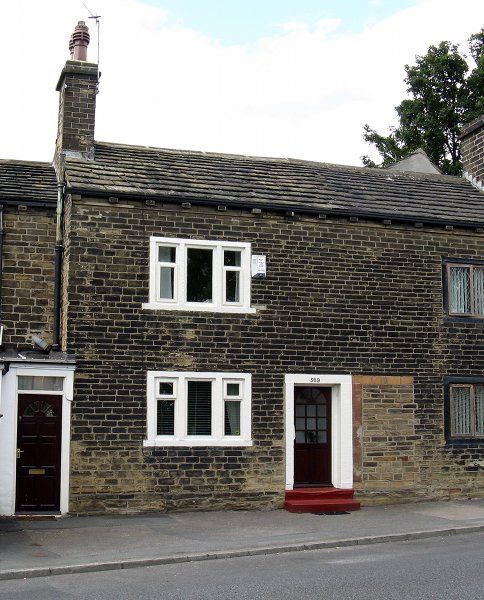 2.
No 371 original late C16 house with 369 a slightly later extension or subdivision
as tenements. Sandstone "brick", flush quoins and saddlestone to No 371. Stone
slate roofs, corniced chimneys, bracketed eaves. Three light square mullion windows to
No 369; the windows of No 371 have modern wood casements, all in squared surrounds.
Set back one window addition to No 369. Plan doorways with squared jambs. Included
for group value.