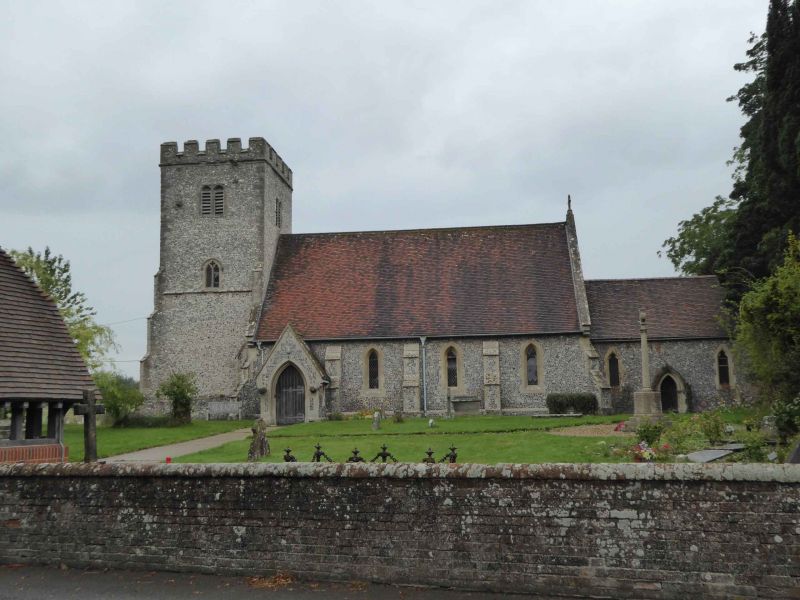 West elevation: to left: north aisle, gabled with three light window; to right: tower with two-light louvre at top and three-light Perpendicular window with cusped heads to lights over doorway of four-centred arch under square drip mould with carved heads at springing and scutcheons in the spandrels.

Monuments: re-set brass by pulpit with man and woman of circa 1500 inscribed to "Richard Pygott and Alys his wyf"; on the south wall C18 marble obelisk with urn on a moulded base inscribed to the Puckridge family.