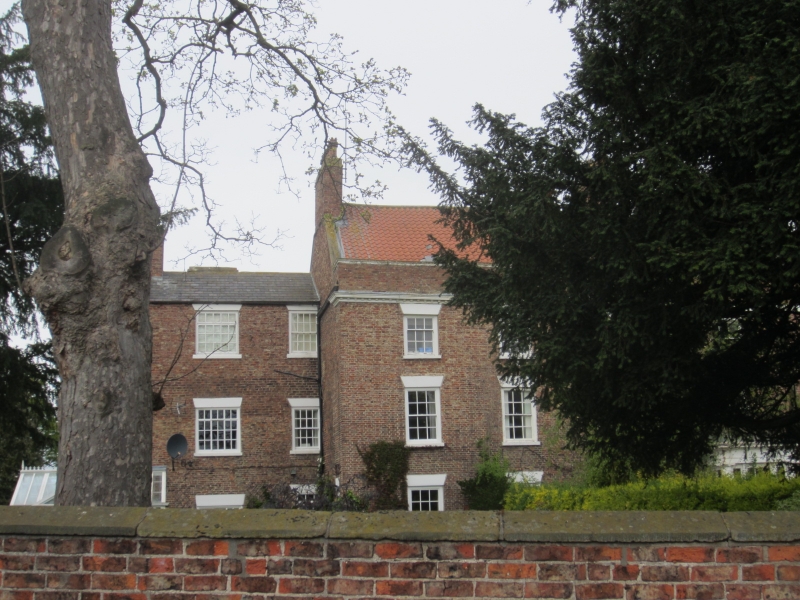 NZ 4213 EGGLESCLIFFE THE GREEN
(North side)

Entrance front shows three sections: In centre a mid-late C18 three-storey,
three-window facade of pinkish brick with stone modillioned eaves cornice and
tall stone-coped parapet. Pantiled roof with tall end chimneys. Stuccoed lintels
and stone cills to sash windows with glazing bars (some replaced). At left, a
later C18 wing of more domestic character in similar materials having some fixed
lights with small opening sections. At right an early-mid C19 wing of imposing
proportions (same height but only two storeys). Larger pinkish brick, similar
features and a prostyle Tuscan porch now glazed. Rear elevation of central part
shows a Venetian staircase window at first floor and a tripartite window above.
Entrance in projecting ground floor. Inside two handsome staircases each with
two turned balusters to a tread, the later one consciously derived from the
earlier but on a grander scale. Elaborate plaster cornices to rooms in both
sections and an imported late C18 marble inlaid chimney piece in drawing room of
later wing.