A Grade I Listed Building in Norton North, Stockton-on-Tees 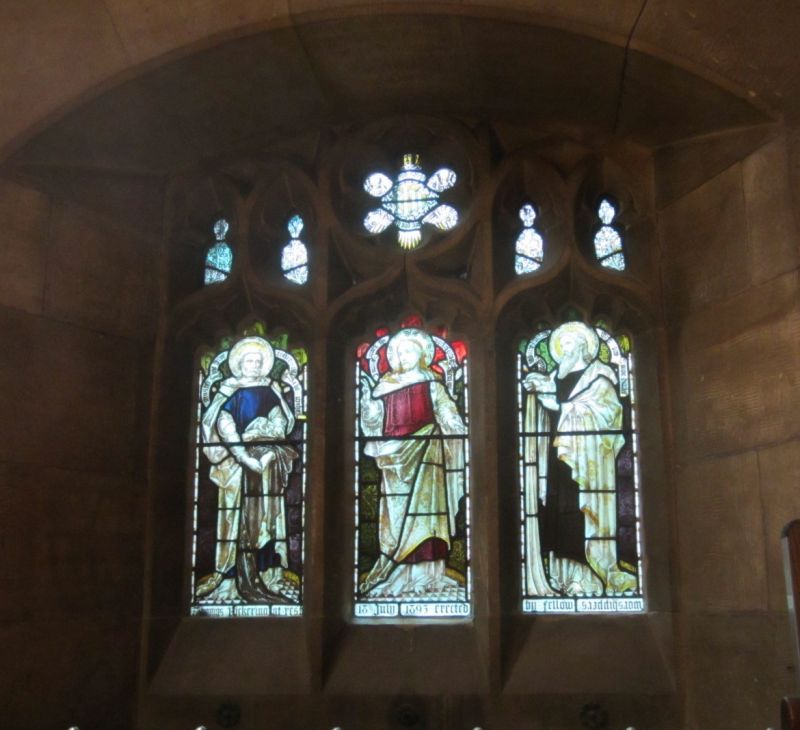 Much of the early Cll church remains. It was extended in the late C12,
improved in the C15 and restored and enlarged in 1877. Two-bay crenellated
chancel with mock Tudor 3-light tracery and placing earlier lancets and sedilia.
Three-light perpendicular East window having wood mould and head stags. Late
C19 Vestry on North side. Squat crenellated tower with triangular headed open-
ings on each side, originally below ridge line; upper part of tower later with
2-light louvred C15 foiled square headed windows. Cruciform plan; Saxon cross-
ing arches, and masonry in most of tower and North transept makes this the only
evidence of a Saxon cross plan in County Durham. North transept has an
inserted 1877 window. Three bay crenellated nave with clerestory - C15 - and
aisles (1877):- Six 3-light windows divided into pairs by wall buttresses.
The West end also a 1877 restoration with a 5-light perpendicular style window.
At the West end are 3 finely inscribed C18 tomb slabs: (Gregory, Taylor &
Hendry). The interior has, in the chancel, remains of the transitional/Early
English East end shelf arrangement. This is also visible on South wall where
the undercut chevron of the sedilia arch remains. A line of the North wall
may indicate a former vault. The crossing arches are wide with voussoirs fol-
lowing the curve. Fragments of an Anglo-Saxon cross in the South East pier.
A splendid C14 effigy near South-West pier, probably Roger Fulbrooke, died 1337,
whose sarcophagus from Grindon Abbey is outside Thorpe Thewles church; in the
later C16, Sir William Blakiston had his own arms carved on the effigy's
shield. Nave with late C12 pointed arcade, round piers with octagonal caps;
an ornate decorated foliate cap of earlier C12 satin North-West pier at West
end of Nave. Central South clerestory window has a lintel made from a tomb
head. In the 1877 porch are fragments of reused chevron and billet moulding
and the reset, headless body of female figure. Modern woodwork (pews and
pulpit and rails) by "Mousey" Thompson.