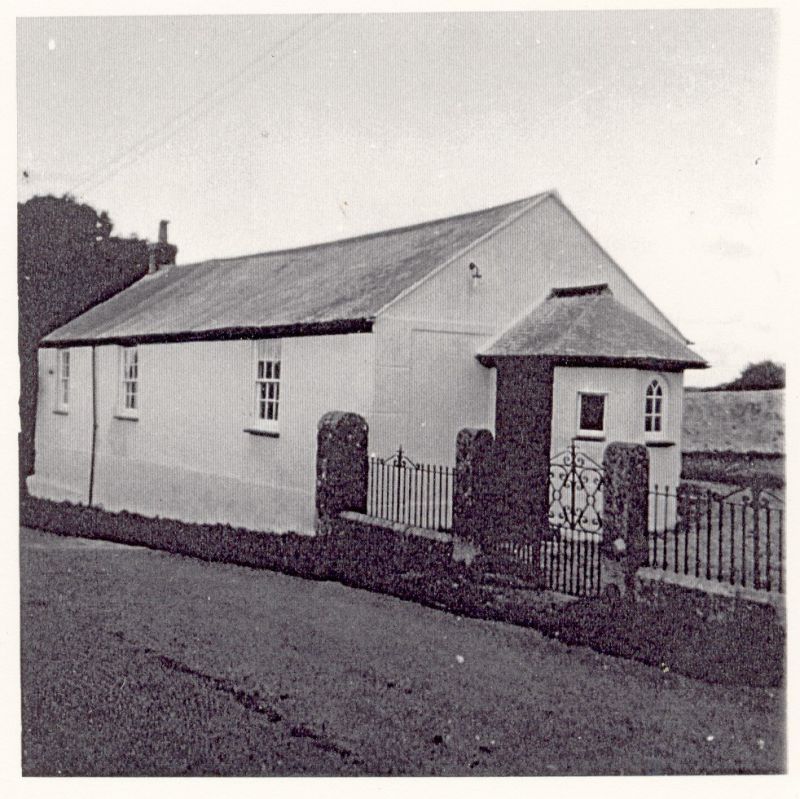 - II
Methodist chapel. Reputedly opened circa 1793-4, extended circa late C19.
Rendered rubble and possibly cob. Grouted scantle slate roof at front (east) and
asbestos slate at rear with brick chimney over the left-hand gable end and
polygonal scantle slate roof with cast-iron ogee gutters over porch adjoining the
right-hand gable end.
Plan: Rectangular aisle-less plan chapel with entrance at the south (ritual west)
end. Extended circa late C19 with a vestry at the north end and a porch at the
south end.
Exterior: single storey. Original part, right has 2 windows at front and rear with
doorway in the middle of the right-hand (south) gable end. C19 vestry on the left
with 1 window at the front and doorway at the rear with original 4-panel door and
overlight. Main doorway in front wall of porch has original C19 4-panel door with
2-pane overlight. The windows are C19 12-pane hornless sashes.
Interior: has box pews stepped up slightly to the south in front of which is a
space formerly occupied by benches (Christopher Stell).
Claimed to be the oldest Methodist chapel still in use in Cornwall (Christopher
Stell).
Sources: An Inventory of non-conformist chapels by Christopher Stell RCHM.