A Grade I Listed Building in St Columb Major, Cornwall 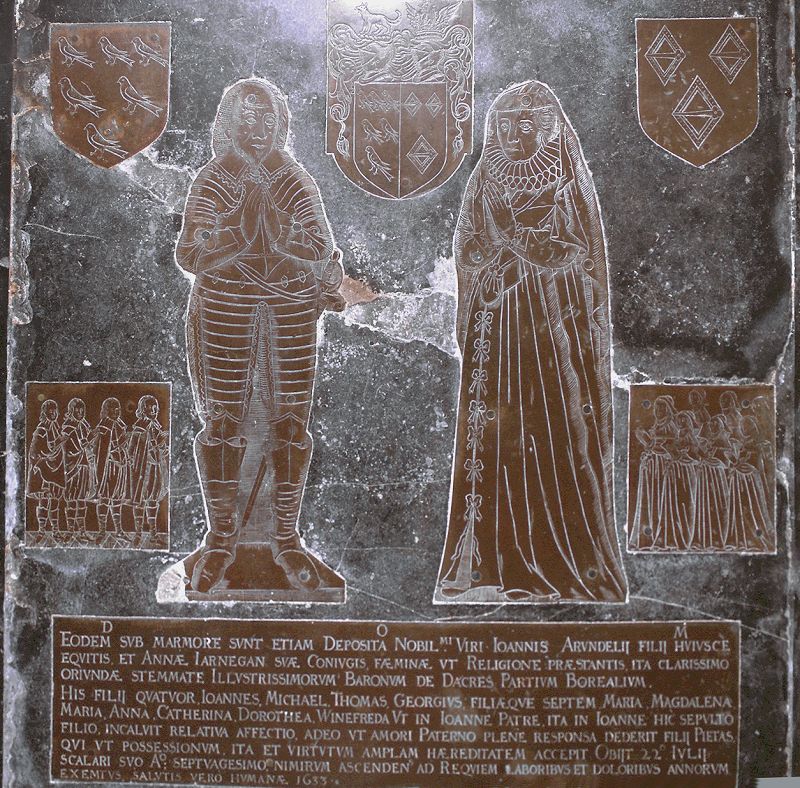 Parish church. C14 origin, with additions of C15 and restoration of mid - late C19.
Slatestone rubble with granite dressings. The first three stages of the tower
rendered, in granite ashlar at the fourth stage. Slate roofs with ridge tiles and
gabled ends with raised coped verges, cross finials to east.
Plan: Nave and chancel in one. The nave had a north and south aisle, with north and
south transept; later the aisles were extended north and south of the chancel. North
and south porches. West tower.
Exterior: The nave is concealed by the aisles. The east end of the chancel has a 5-
light C19 Perpendicular window with 4-centred arch and hood mould; buttresses to
right and left.
The north aisle has 4 bays to west including the porch and 3 bays to east, on plinth.
To west, there are three 3-light C19 Perpendicular windows with cusped lights, 2-
centred arch and hood mould. The moulded cornice and ashlar parapet is continuous
with the porch. The west end has 3-light C19 Perpendicular window with hood mould.
The 3 bays to east have 3 similar C19 3-light Perpendicular windows and 2-centred
arched doorway, C19 door with strap hinges and hood mould. East end has 5-light C19
Perpendicular window.
The north porch is 2-storey, on plinth, ashlar parapet with coping. 2-centred arched
doorway in elvan stone, with 2 chamfered orders. Single light above with chamfered
granite surround. The west side has polygonal stair tower with slate louvred
ventilator. The east side has attached slate tablet to Samuel Nicholls Nankivell,
1816. Interior of the porch has C19 common rafter roof. 2 centred arched inner
doorway with moulded surround and run-out stops, C19 door with strap hinges.
The south aisle has 3 bays to west including the porch and 3 bays to east, on plinth.
The ashlar embattled parapet of the porch is continued around the west end of the
aisle. To right of the porch a 4-light C19 Perpendicular window, similar 3-light
window to left. The west end is blind with a breather at the apex of the gable. The
3 bays to east have C19 3-light Perpendicular windows with hood moulds and buttresses
between. East end has similar 3-light window.
The south porch is 2-storey, on tall chamfered plinth with ashlar embattled parapet
with granite quoins. 2-centred arched doorway in elvan stone with 2 chamfered
orders. Single cusped light above the hood mould. The west side has polygonal stair
tower with louvred ventilator. The east side has 2-light cusped window in elvan
stone at first floor with square hood mould. The interior of the porch has slate
floor and stone benches to sides, with C19 roof. Inner 4-centred arched doorway in
elvan stone with moulded surround and cushion stops, inner moulding with ballflower,
hood mould with mask stops. C19 double plank doors with good ironwork.
The north transept has 4-light C19 Perpendicular window with Y tracery, angle
buttresses and stack to west with polygonal shaft. Single storey C19 vestry attached
to north. The south transept is without plinth, with weathered angle buttresses of
C18 and C19 window of 4-lights with lancets and tracery, 2-centred arch and hood
mould.
The west tower is in 4 stages, on chamfered plinth with weathered set-back
buttresses, embattled parapet with octagonal crocketed pinnacles and weathervane to
north west. External stair tower with lancets to west. The first stage has 3-light
C19 Perpendicular window to west. The tower is open at ground floor with an archway
running from north to south, 2-centred arches with deep chamfer and cushion stops.
The interior at ground floor has C19 roof on corbels. West doorway to nave has 4-
centred arch, deep chamfer with bar and cushion stops, C19 double doors with good
ironwork. Narrow doorway to stair tower to west. Attached to the west wall is a
tapered stone coffin slab, with the remains of a carved stone cross; also a granite
monolith wheelhead cross about 1½ metres high with raised carved Latin cross. The
third stage of the tower has clock to north and south and cusped lancet to south.
Fourth stage has 3-light Perpendicular bell-openings with slate louvres, cusped
lights, 4-centre arches and hood moulds.
Interior: Slate floor and plastered walls. Nave, transept and aisles have wagon
roofs, ceiled, with C15 carved ribs, wall-plates and bosses. The east end of the
south aisle has C19 wagon roof. The chancel has fine C19 Perpendicular style rood
screen and panelled and painted wagon roof. The east end of the north aisle has
arched brace roof with 3 rows of purlins and 2 tiers of wood braces. The nave has
a 3-light C19 Perpendicular west window. 3-bay north and south arcade, the piers
with 4 outer shafts and inner mouldings, ring-moulded capitals and 2-centred moulded
arches. The chancel has 2-bay north arcade with Pevsner A-type piers, and 2-bay
south arcade with piers as in the nave, all in Beer stone. Similar arches to east
and west of the transepts. Rood stair set in the north arcade. The north and south
aisles have pointed arched doorways to the stair towers.
Fittings: C19 benches with C15 carved bench ends. C19 carved wooden pulpit in
the nave. C19 wooden screen to north and south of chancel with open cusped arcade.
C19 reredos and C19 lectern in the nave. Stone font in south aisle, of circa 1300
octagonal with carved sides, including 5 masks, on acentral stem with clustered
outer shafts. Letter of thanks from Charles II, oil on board in moulded frame,
in north aisle. Fragments of an C18 balustrade with turned balusters in the north
aisle. Good C19 Gothic vestment wardrobe in the east end of the south aisle.
Monuments: C18 monument at the east end of the north aisle, a slate tablet
surmounted by shield of arms, with putto on the apron. Other monuments not
accessible, described in sources. C19 stained glass.
Sources: Pevsner, N: Buildings of England: Cornwall 1970.