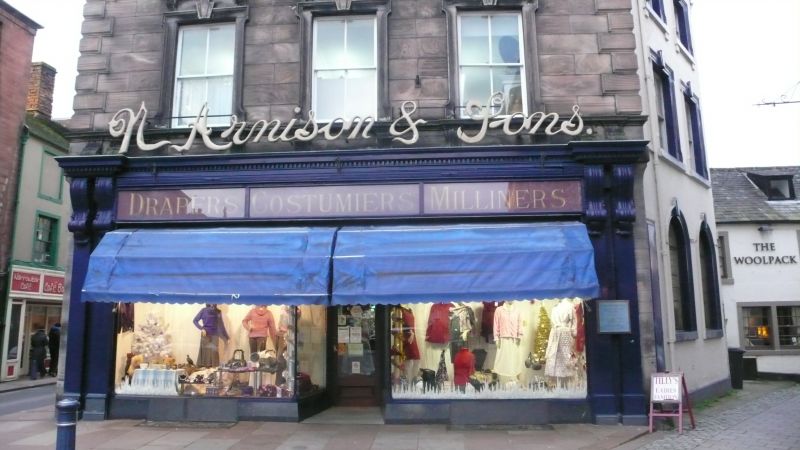 2.
C18 and later. Painted ashlar with rusticated quoins and top cornice. Three
storeys. A plaque states that the grandparents of William and Dorothy Wordsworth
lived here. The facade, at least, has been rebuilt. Present draper's shop
established here 1742. Now has elaborate Victorian shop fronts on west and
south, with narrow colonnets, glazed scrolled friezes, some round arched
moulded windows with triple keystones, and panels of raised lettering,
"drapers, silk mercers, hosiers, glovers etc." Two upper storeys have sash
windows (5 on west, 3 on south, and 2 on east facade, on each floor). Interior
has iron columns, and iron balusters to staircase, shop fittings of mahogany
with dentilled cornices.