A Grade I Listed Building in Yanwath and Eamont Bridge, Cumbria 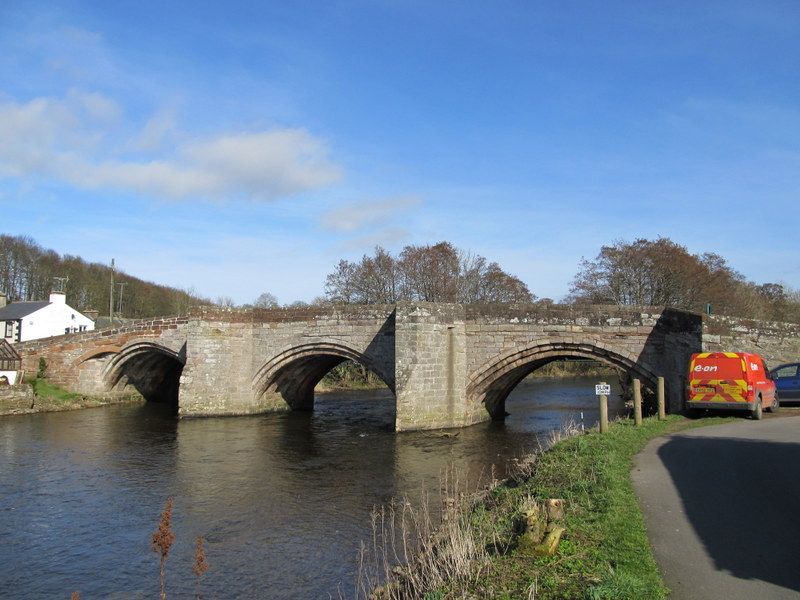 Road bridge over the River Eamont crossing the old county boundary between
Cumberland and Westmorland. Probably C15 with C19 or C20 widening. Dressed
grey sandstone with alterations of dressed red sandstone. Narrow slightly
humped-back bridge of 3 segmental arches, the soffits originally supported by 4
ribs but with widening now 6; recessed voussoirs, supported on 2 splayed
cutwaters continued up to form pedestrian refuges with solid parapets. When
widened on the downstream side care was taken to use much of the old stonework.
Parapet partly rebuilt in red sandstone. One of the oldest bridges still in
daily use in the county. See RCHM, Westmorland, 1936 p.250, which says it was
rebuilt in C16, but there is no evidence of this and the bridge with its later
alterations appears to be as constructed. This bridge lies partly in Penrith
C.P.