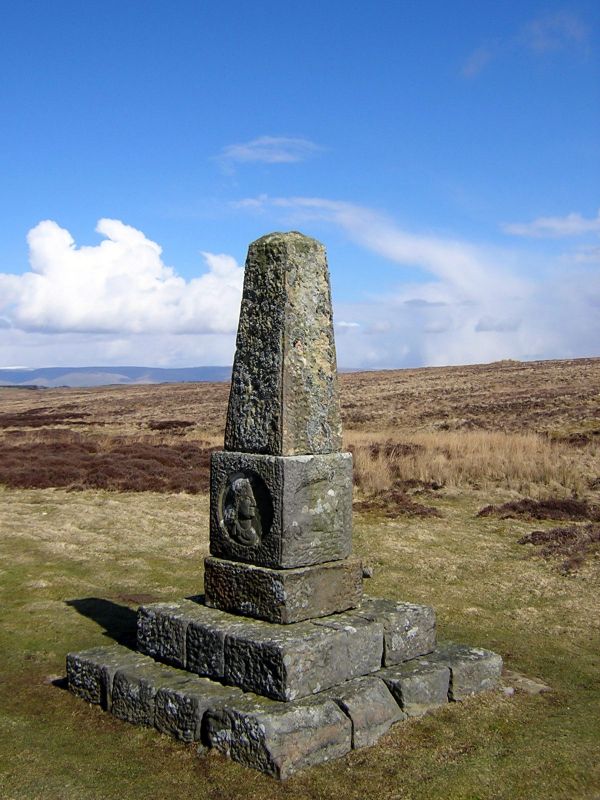 Entry Name: Charles II Monument at Source of the River Lyvennet (At Ngr 604 108)

Monument erected c1851 by Thomas Bland of Reagill to commemorate the occasion in
1651 when Charles II drank from the source of the river Lyvennet on his way
south from Scotland. Renewed 1861 at the expense of Mr Gibson. Rough-dressed
stone blocks. Square in plan. 2 steps surmounted by base, with decorative
bas-reliefs and inscription on cubic block, on which a squat obelisk stands.
Inscription reads: "HERE, AT BLACK DUB/THE SOURCE OF THE LYVENNET/CHARLES II/
REGALED HIS ARMY ON THEIR MARCH/FROM SCOTLAND/AUGUST 8TH, A.D. 1651". The three
bas-reliefs show: A profile bust of Charles II; a crown (which Charles wished
to possess); a lion (which thwarted his hopes at the battle of Worcester).