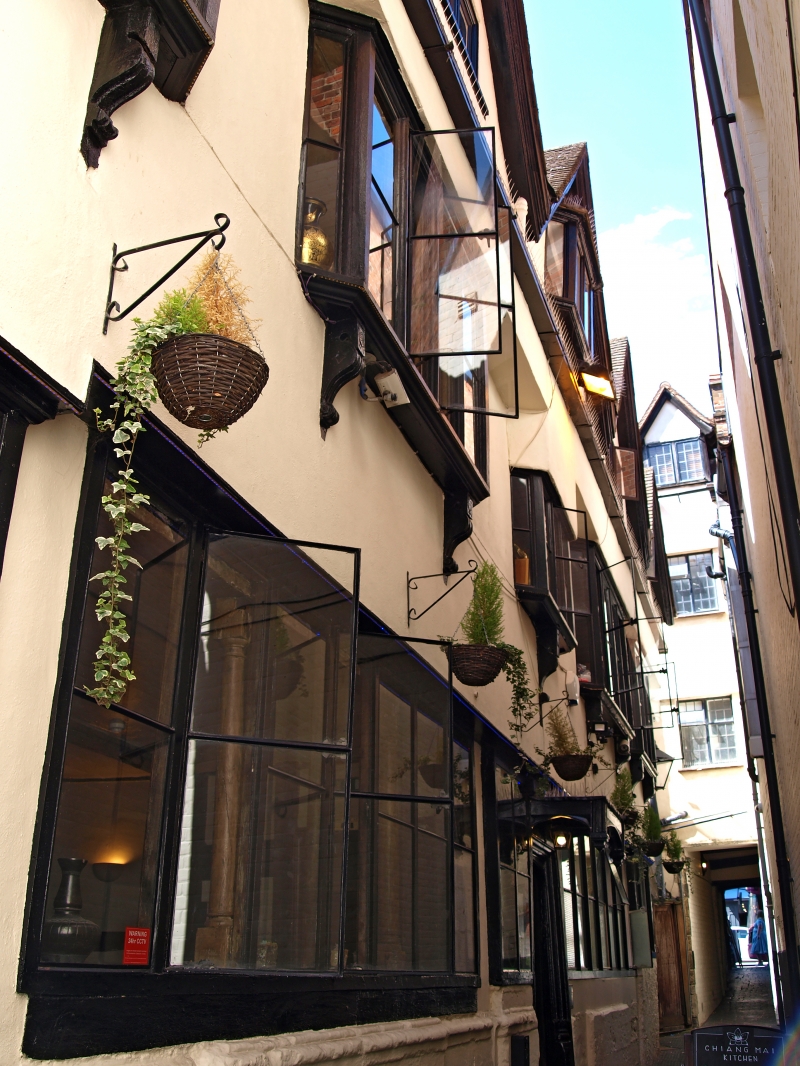 GII*
RCHM 78.House lying to the South end at the back of No 130 High Street.Built by Alderman William Boswell in 1637 and is "one of the best preserved,least altered of the sub-medieval buildings in oxford".It received a certain restoration in 1930.It is a "passage" type of house in a long rectangular plan with axis North and South and faces East.Two-storeyed plastered timber-framing with cellars and five attic gables,corresponding to to five bays,the West wall is of stone and contains the stacks and has four gables.The East elevation has a stone plinth in which are the cellar windows;in the ground floor is a wood-framed doorway with moulded jambs and a four-centred head in the spandrels of which is the date 1637;over it is an elaborate hood with moulded pendants;three original window-frames of two and three lights each remain,having moulded moulded mullions.There is an overhang at the first and second floors.In the first floor are five scroll-bracketed oriels having moulded frames and mullions;the two oriels on the North have been altered and joined into one.In the gables are two,three and four-light mullioned windows,the one in the centre gable being boxed out.There is a tiled and Welsh slate roof.Interior.RCHM page 166.Includes original fireplaces and doorways and an original staircase.For plans,sections and elevations see Antiq.Jnl.(1947),page 131 and figure 11.History.Alderman Boswell lived in No 130 and built this house in his garden.It was once used as the Police Station in C19.All the listed buildings on the South Side from a group.