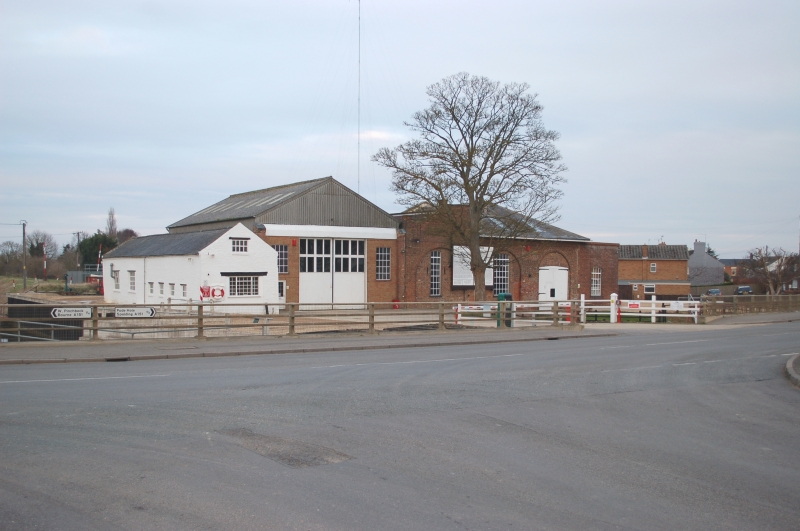 Drainage pumping station. 1825, altered later C19 and C20. Red
brick, hipped slate roof with overhanging eaves, now incorporated
in later building. Single storey originally 2 bay front with
tall semi-circular blank arches now containing a cast iron window
to the left and planked double doors to the right. To the left a
later C19 bay with semi-circular arch and cast iron windows with
ramped ashlar coped parapet. On the front a large painted board
with the bye-laws of "Deeping Fen Spalding and Pinchbeck Drainage
Board", dated 1876. In front a keystone dated 1866, incorporated
into a mounting block, with inscription "Sharps Bridge Keystone".