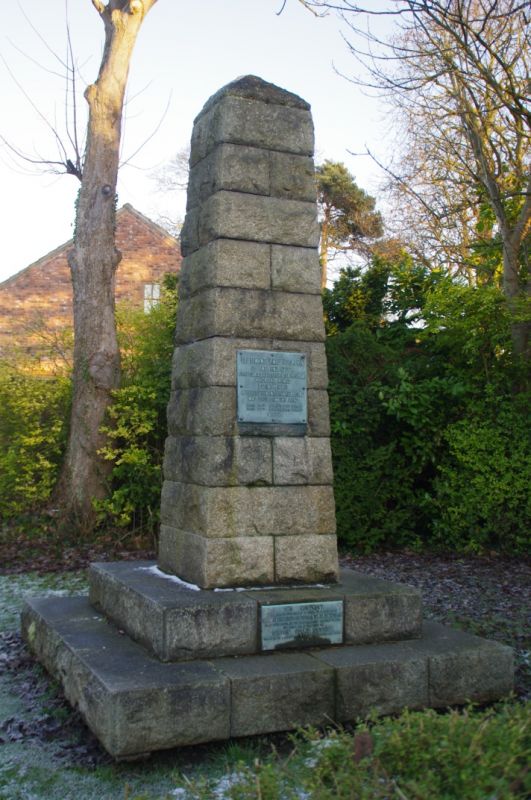 GV II
Obelisk erected 1934. Rusticated granite low obelisk on base of two square
steps. 2 bronze plaques. (1) On shaft: Lieutenant James Cook RN of the
Endeavour, first sighted Australia at this point which he named Point Hicks
after Lieutenant Zachary Hicks who first saw the land April 19th ships' log
date, April 20th calendar date, 1770. (2) On base: This monument is made of
stones hewn from the rocks of Cafe Everard close to Point Hicks, Victoria, and
is a facsimile of the memorial erected there. It here marks the site of Captain
Cook's cottage, removed to Melbourne in Victoria's centenary year, 1934.
Presented by Russell Grimwade. Included for historical interest.