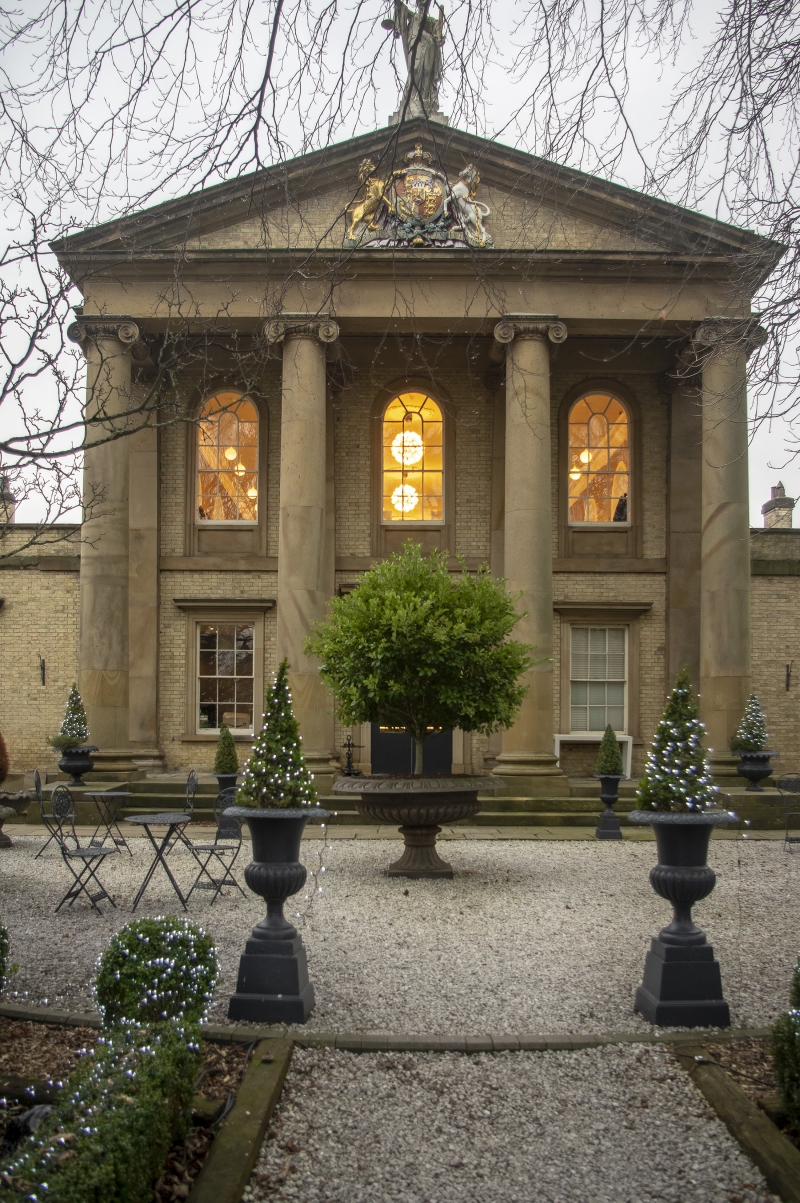 TA 0240 BEVERLEY NEW WALK
(west side)
5/201 The Sessions House
1.3.50
GV II*
Built between 1804 and 1814 by J P Pritchett. The facade to the centre block
is set behind a Greek Ionic tetrastyle stone portico, and flanked on both sides
by low 1-storey wings. Centre block of two storeys, with three arched windows
at first floor, two of which are in the wings. White brick with stone
architraves and cornices to sash windows. Stone dressings. Centre doorway
with architrave, frieze, cornice and consoles. Rear wall of centre block is
curved. Roof of Westmorland graded slates is carried over the portico to form
a pediment, tympanum carved with coloured Royal Arms, apex crowned by figure
of Justice. Later additions include a two storey wing to the right in yellow
brick with seven windows with stone lintels, band at first floor cill end.