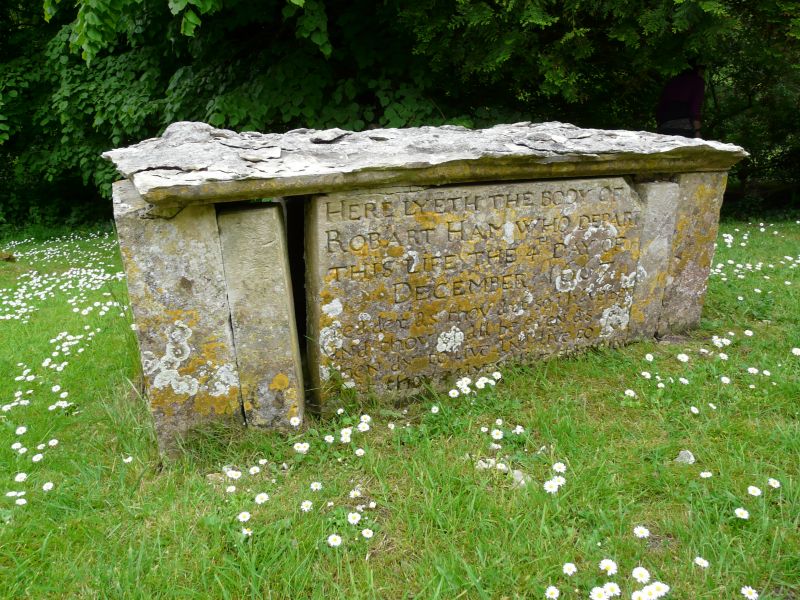 Chest tomb. Dated 1667 in memory of Robart (sic) Ham but it is probably C16.
Beerstone ashlar. Chest tomb with chamfered plinth, plain sides and soffit-moulded
flat lid. The north side is inscribed with Roman serif upper and lower case
lettering, mostly capitals, and it records the death of Robart Ham in 1667. An
inscription in the east end records the death of "Master Abraham" who died, aged 4,
in 1727. The south side is also inscribed, all Roman serif capitals. Unfortunately
the section which includes both the name of the deceased and year of his or her
death has a new piece of stone set in. However this may be the tomb of John Taylor
(died 1586) mentioned in the church guide.
Source: F C Butters. Branscombe, The Parish and the Church (1949) p.26.