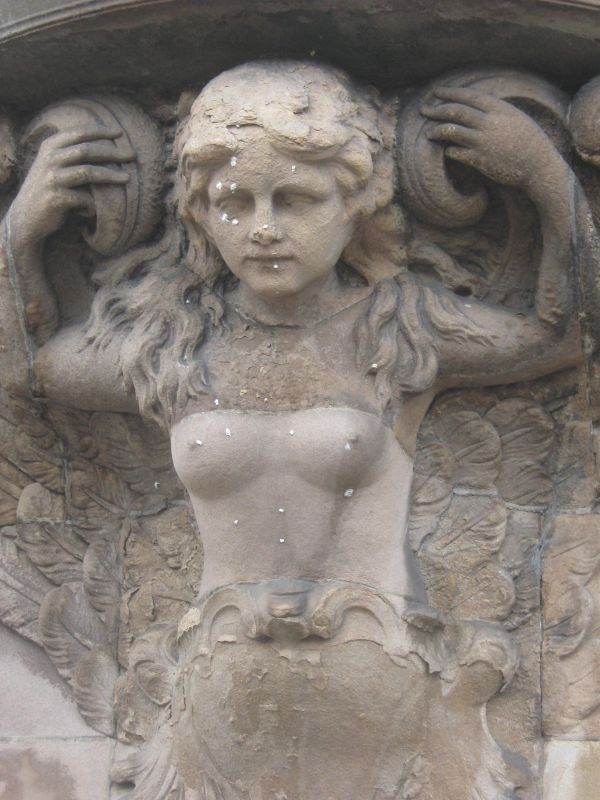 LEIGH CIVIC SQUARE
SD 60 SE
(south side)
2/25 Leigh Town Hall
G.V. II
Includes Nos. 2 to 18 (even) Market Street. Town hall. 1904-
7. By J. C. Prestwich. Ashlar with slate roof. Large 2 and
3-storey U-shaped building with principal elevations of 8
and 7 bays onto Market Place and Market Street respectively.
Edwardian Baroque. Bays 2 to 8 are symmetrical about a
central doorway and are framed by giant flat pilasters
supporting a modillioned cornice and blocking course. The
door has an open semi-circular dentilled pediment supported
on blocked columns. 2 windows on either side have
architraves and keystones. The council chamber and committee
rooms on the first floor are given emphasis by a giant order
of blocked columns and tall windows. A steeply pitched
hipped roof is centrally crowned by a belvedere and
elaborate cupola. The Market Street elevation is less
monumental but of equal quality; it too is symmetrical, the
end bays being gabled and having bow windows at first floor
level. Shop fronts on the ground floor, a giant order on the
first but this time in flat pilasters, and triple second
floor windows separated by blocked columns. An octagonal
turret turns the corner. The interior is executed with equal
quality and richness. Scagliola columns support the entrance
hall giving access to the imperial staircase and, in turn,
the council chamber and offices. Timber, glass and
plasterwork is of particularly high quality. Generally an
accomplished design which contributes greatly to its
immediate context.