A Grade I Listed Building in Seaton, Devon 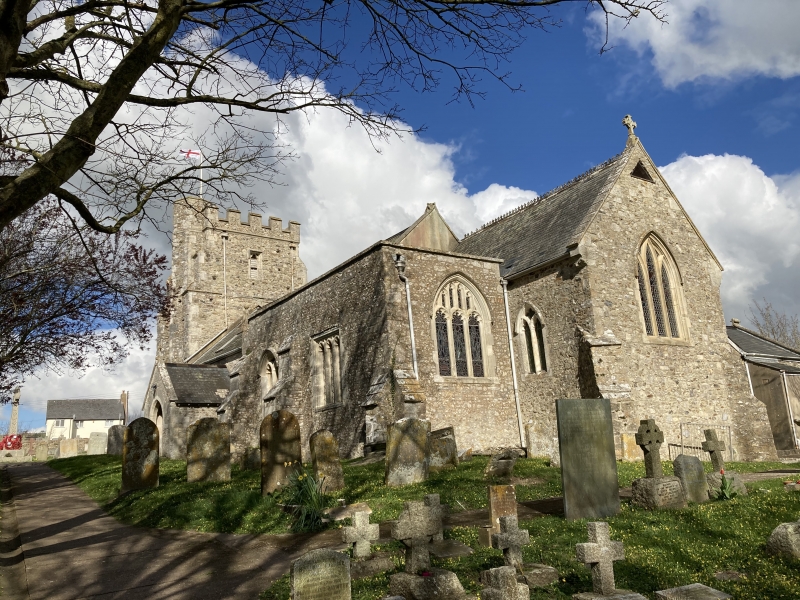 Interior: moulded north arcade without capitals. Only two bays of arcade remain, the
west end is supported on cast iron columns to allow late C19 gallery to span the width
of the church into the north aisle. Similar chancel arch without capitals. Squint
from north transept. Treble-chamfered tower arch with shafts in the responds. C19
roofs and furnishings.