A Grade II Listed Building in Over Kellet, Lancashire 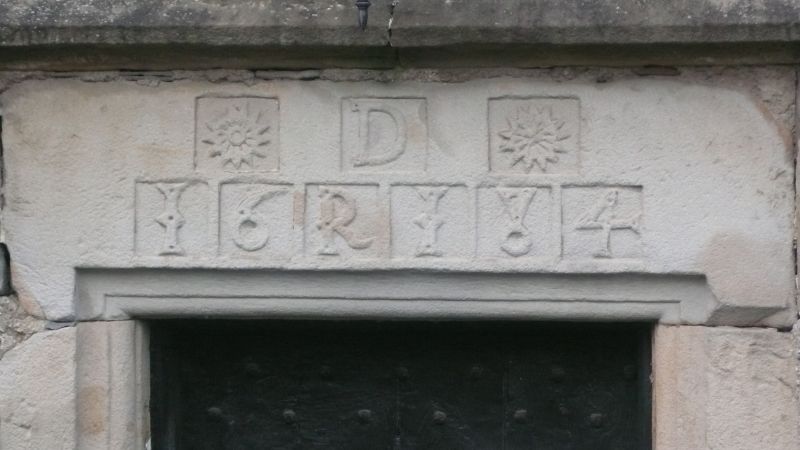 Find accommodation in
Over Kellet

House. '1684 RDI' on lintel. Pebbledashed rubble with slate roof. 2-unit
central-entry plan with end stacks. 2 storeys, 2 bays. All windows rebated
and chamfered, formerly of 4 lights, now with a central mullion remaining
and with glazing bars. Doorway has moulded surround and a studded plank
door. Right-hand chimney projects, with a chamfered one-light attic window
in the right-hand gable. Adjoining to the left (west) is a lower building,
pebbledashed with a stone slate roof. At the right-hand end of its facade
are 2 windows, the left-hand one being of 3 lights, rebated and chamfered
with mullions, the right-hand one having a rebated and chamfered surround.
At the rear is an outshut with 2 rebated and chamfered mullioned windows and
2 plain chamfered windows. The rear wall of the main house has 2 rebated
and chamfered surrounds. The lower buildings to the west have openings with
plain reveals, the eastern end being part of the house, the western end
being formerly for agricultural use.