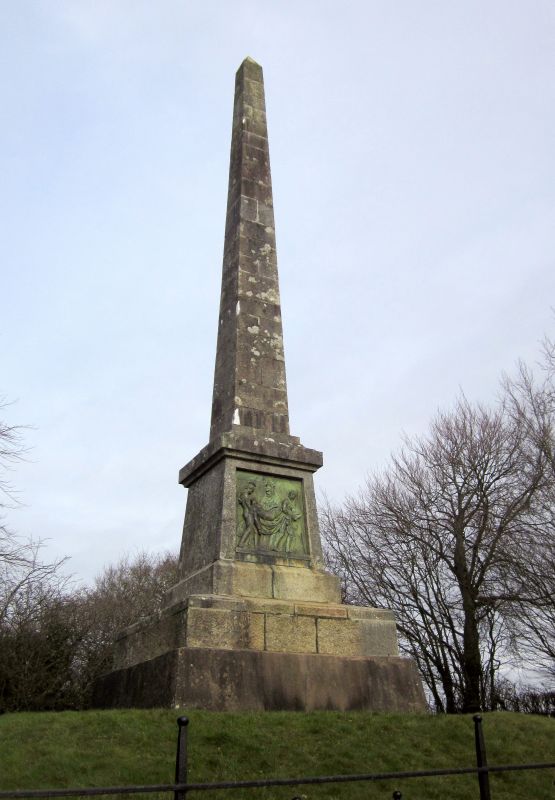 HATHERLEIGH
SS 50 SE
7/20 Morris Monument
-
- II
Monument to Lieutenant Colonel William Morris. Erected 1860 by the firm E. B.
Stephens of London. Granite ashlar. Very large obelisk with a bronze bas-relief at
front of pedestal depicting Morris being carried from the battlefield of Balaclava .
William Morris was born in Fishleigh in Hatherleigh and distinguished himself in the
battle of Balaclava - notorious for the Charge of the Light Brigade - later acting
as Assistant Adjutant - General in the quelling of the Indian mutiny before dying of
sunstroke there at the age of 38 in 1858. The obelisk was erected by public
subscription to commemorate Morris's exploits and his successful return from
Balaclava.
Source: The Story of Hatherleigh