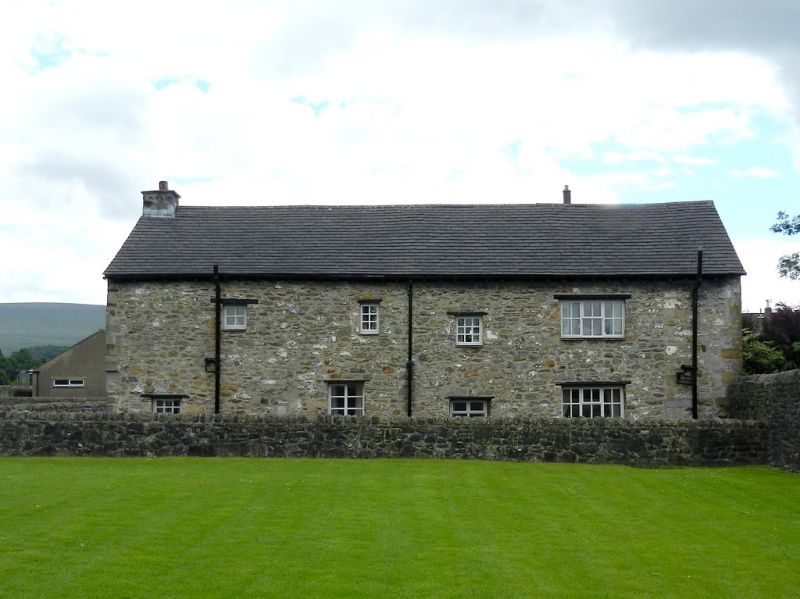 House, with late medieval remains. Rubble with roof of imitation stone
slates. 2 storeys. The north wall has 4 windows on each of 2 floors,
irregularly spaced and with plain reveals. The south wall has an outshut
and a projecting chimney stack at its left-hand end. A single-storey
gabled porch further right is a mid C20th replacement of a stair outshut.
To its left is one window, to its right 2. On the 1st floor are 2 windows.
All have plain reveals. The east gable is a mid C20th reconstruction,
with a chimney stack and with a window on each floor with chamfered
surround and Tudor-arched head. The west gable has a window with
chamfered surround and a central mullion, reconstructed. On the 1st floor
is a 3-light double hollow-chamfered mullioned window with round heads
to the lights and with a hood. Said to be a post-Reformation conversion
of part of the Abbot's House of Sawley Abbey (q.v.).