A Grade I Listed Building in Counthorpe and Creeton, Lincolnshire 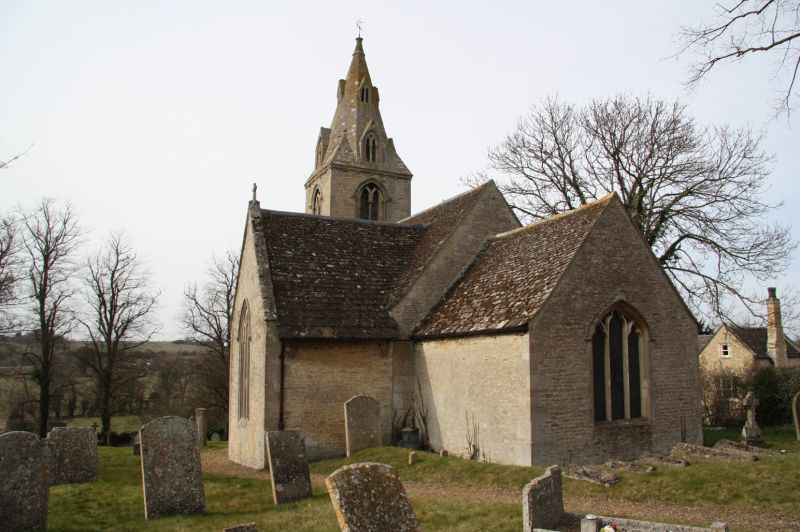 Parish church. Late C12, early C13, late C13, C15, 1830 chancel
shortened, 1853 rebuilding of nave. Coursed limestone rubble,
ashlar dressings, Collyweston slate roof. Western tower, nave,
south chapel, chancel. 3 stage late C13 tower, with 2 string
courses, moulded eaves and corbel table, broach spire with
outsized 2 light C13 gabled lucarnes in 2 storeys in the
principal directions. Paired belfry lights with round shafts,
floriate capitals and moulded hoods. In the west wall a lancet
to ground stage and similar smaller light to upper floor. In the
north west nave quoin is re-used C10 grave slab with interlace.
In the north wall 2 C19 windows with paired lights and sexfoils.
The C19 east window is of 3 cusped lights. The south chapel has
entasised quoins and in the south wall is evidence for a narrow
door of early character, suggesting it may have originated as a
porticus. In the south wall is an early C13 window with plate
tracery and 3 cusped lights and trefoils in moulded surround. In
the west wall a lancet with moulded hood. The south door is
recut with moulded hood and human head label stops. Further west
is a 3 light C15 window with cusped heads to the lights and panel
tracery. Built into the fabric are at least 5 pieces of C10
Anglo Saxon interlace decorated stone. Interior. C13 tower arch
with chamfered reveals, decorated imposts, one with dogtooth, the
other a fillet, and single chamfered arch. Above an off-centre
blocked pointed doorway. In the south wall a chamfered archway
into the chapel which contains a C13 lobed piscina. Single
chamfered chancel arch has octagonal responds and developed
waterleaf capitals. All fittings and roof are 1853 apart from
C17 communion table and the C13 tub font on circular base with
moulded octagonal top.