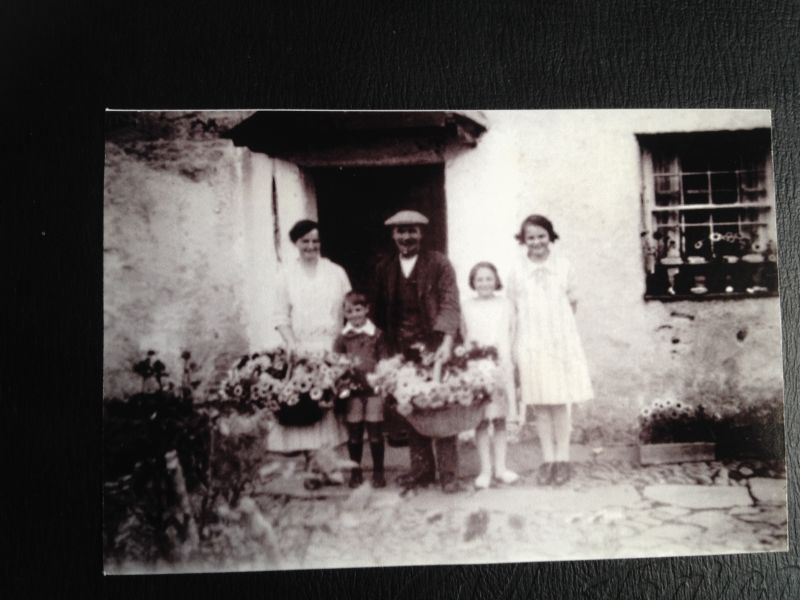 Small house. Circa early C17 with C19 addition. Plastered rubble walls. Gable-
ended scantle slate roof. Brick stack at right gable-end. Large plastered rubble
lateral stack with dripcourse and tapering cap, and projecting on the left-hand
side.
Plan: at present 2-room plan, left-hand room heated by fireplace on front wall,
right-hand room by gable-end stack. The house almost certainly extended further to
the left with a passage and lower room. What survives being the hall and inner room
of a 3-root-and-through-passage house. C19 wing at rear of left-hand room.
Exterior: 2 storeys. Asymmetrical 2-window front of early C19 16-pane hornless
sashes. C19 plank door to left under gabled slate doorhood which rests on curved
wooden brackets. Slate roofed oven projection to left of lateral stack. At rear
long wing extends from right-hand side.
Interior: not seen but according to occupants contains heavy chamfered ceiling
beams in left-hand room. Apparently there are no timbers visible in the first floor
rooms and no access to the roof-space exists.
This house retains a very unspoilt external appearance and forms part of a
traditional and picturesque hamlet.