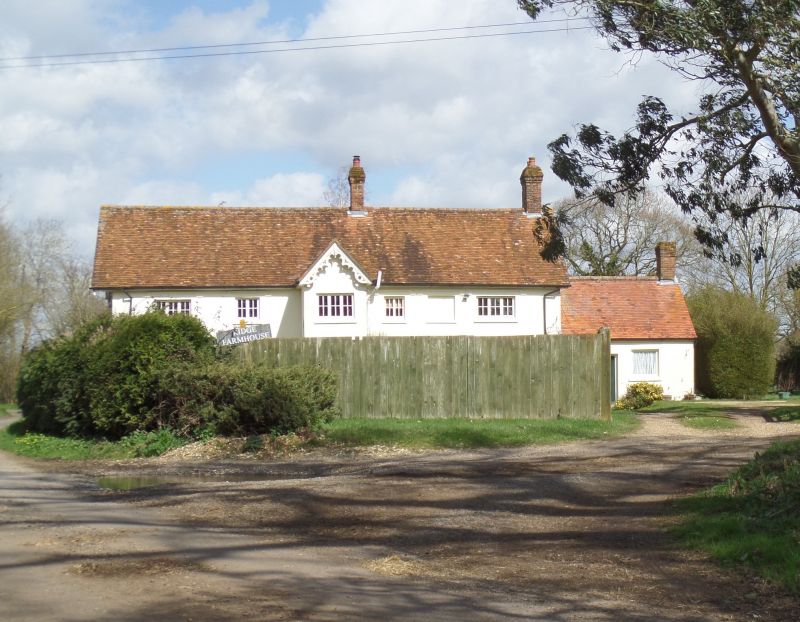 House. Of timber-framed lobby entrance house, with considerable early C19
alterations, and minor extensions. Rendered walls, hoodmoulds to the openings.
Tile roof, with decorative bargeboards. South front of two storeys, with a
projecting two-storeyed porch, 2.1.3 windows. Casements, splayed bay at the west
side. Boarded door within a pointed arch. The rear has a wing of the same form,
and there is a late C19 single-storeyed extension at the east side. Interior:
there is a C17 beam and massive chimney bressumer and some framing in the cross
wall, to indicate the earlier origin of a building which appears externally as
an example of the early Victorian Tudor style.