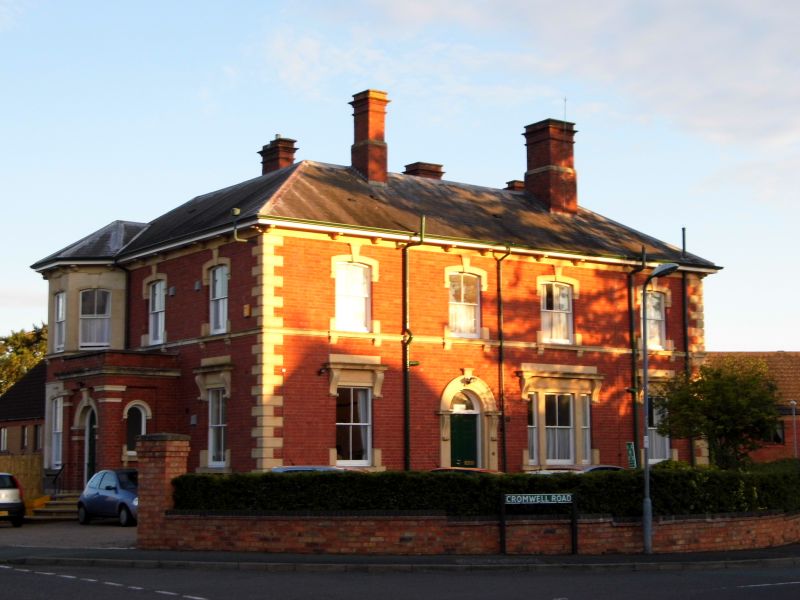 II
Offices. 1852. Brick with limestone dressings and slate roof. Italianate style. A symmetrical composition of four storeys and three bays with chamfered quoins and bracketed cornice. Windows have architraves. Those on the ground floor are sashed with glazing bars and have cornices. Those on the first floor have eight-pane sashes, pediments, and a sill band. Second and third floor windows are sashed, with sill band to those on the second floor. Doorcase has engaged Tuscan columns and triglyph frieze, framing a doorway with round head, moulded imposts, and keystone. Chimney, in middle of hipped roof, has stone cap with quoined base below panels with arched recesses, and a cornice. Return walls treated in a manner similar to main facade. In 1879 Edward Elgar became Conductor of the staff band of the County Lunatic Asylum, which later became Powick Hospital.