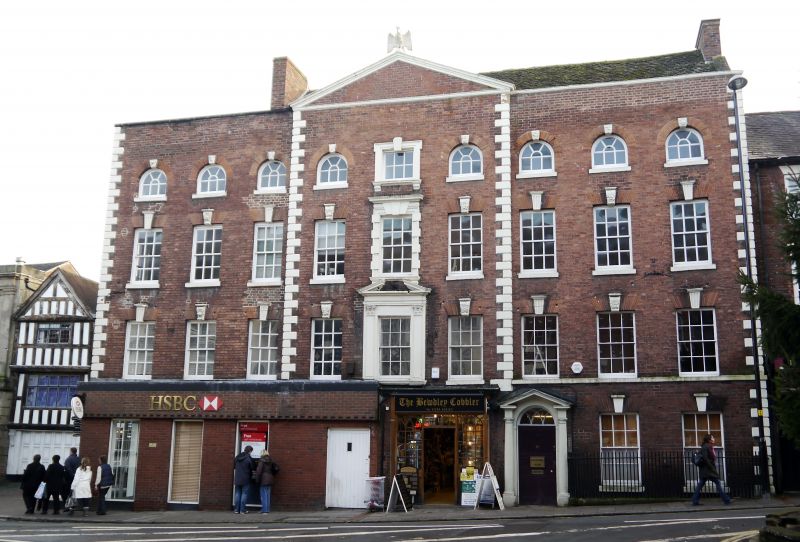 House, now bank and offices. Early C18 with mid-C19 and some late C20
alterations. Brick with stone detailing, hipped tile roof. North-east
front: four storeys: 3 + 3 + 3 windows, central three in advanced quoined
bay with stone coped pediment above which is capped by an eagle finial;
central window has stone architrave with broken pediment and Corinthian
pilasters, all windows are glazing bar sashes, under rubbed brick heads
with enriched keystones; second floor: central window has a rusticated
architrave with keystone and moulded cornice, windows are glazing bar
sashes as below; third floor: central window has an eared stone architrave
with keystone, other windows have semi-circular heads with enriched key-
stones; ground floor: left-hand half rebuilt in late C20, brick with three
top hung casements; roughly central a recessed shop front with moulded
wooden architrave and half-glazed door, to right of this two glazing bar
sashes under rubbed brick heads with keystones, to left of these an entrance
with stone doorcase which has engaged Doric columns, open pediment and fan-
light, six flush panelled door. This building projects out into Load Street,
and also has a north-west front of four storeys and six windows.