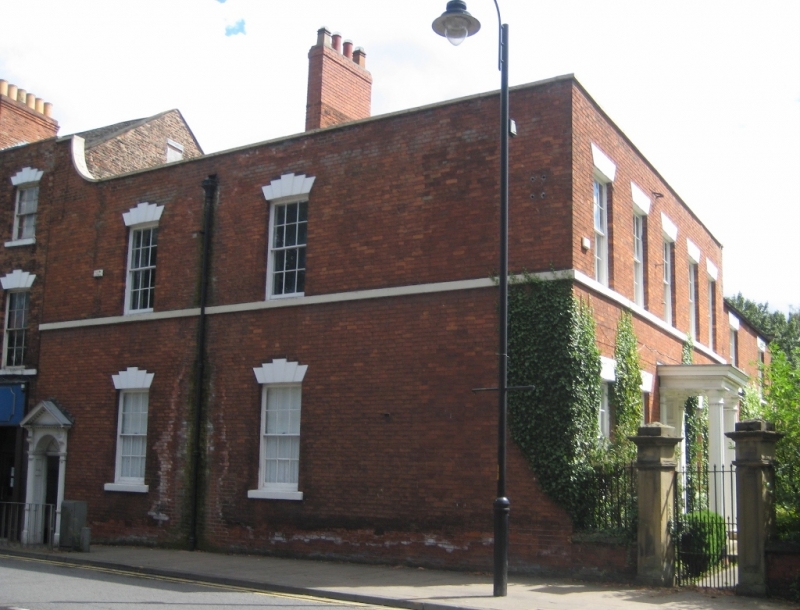 2.
Built shortly after 1793, on the lines of Lansdowne Crescent, Bath, by
James Audus the elder (1752-1809), a prominent ship-owner. His son James,
an amateur architect, completed The Crescent after the father's death.
Brown brick. Two storeys. Parapet, ranged up to No 5. Front faces west
and has 5 bays: sashes with glazing bars and stucco voussoirs with
gadrooned keystones. Door with oblong fanlight: porch on fluted Tuscan
columns with entablature. Former 2-bay extension to south. Street front
has 2 bays: passage entrance with wooden doorcase consisting of panelled
pilasters, fluted consoles and dentilled pediment, door in panelled
reveals with blind semi-circular fanlight.