A Grade II Listed Building in Southwick and Widley, Hampshire 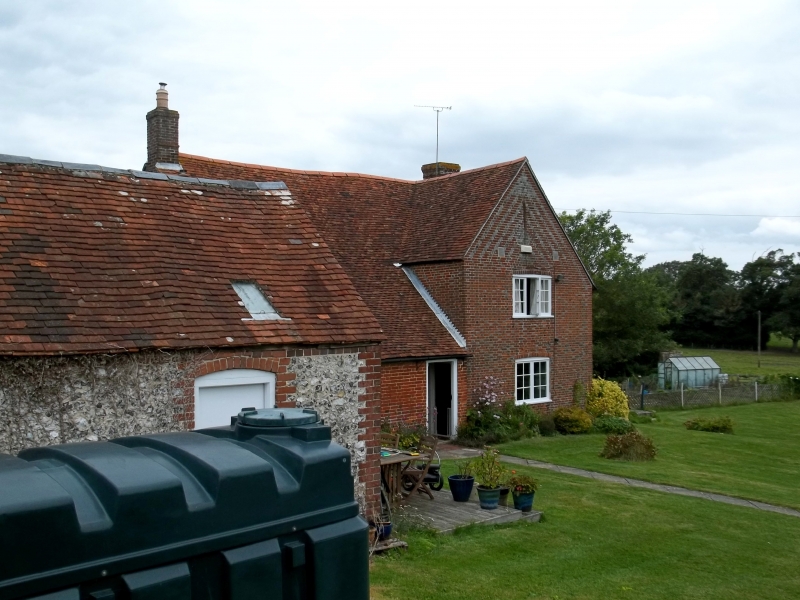 SU 60 NW SOUTHWICK AND WIDLEY PORTCHESTER LANE
13/7 Offwell Farmhouse
II
House. Early C18, with early C19 alterations, and mid C19 extensions, walls of
brickwork in Flemish Garden Wall bond, cambered openings: other walls of Flemish
bond, on the south wing with blue headers: some tile-hanging. Tile roof, catslide
at rear, hip to the narrow rear staircase block, gables to the wings, ending as a
hip above a single-storey. The main block has a projecting east wing at the south
side, from which extends a south wing, dropping to a single-storey, forming a Z-
shape. The east front was symmetrical of two storeys five windows, now reduced to
two, with the south side masked by the wing. Early C19 sashes in exposed frames.
Gabled brick porch with arched opening. Other elevations of irregular fenestration,
with casements (and sash to the stairway). Inside, the original staircase remains,
with adjusted lowest flight, with turned balusters, and slatted balusters to the
top flight.