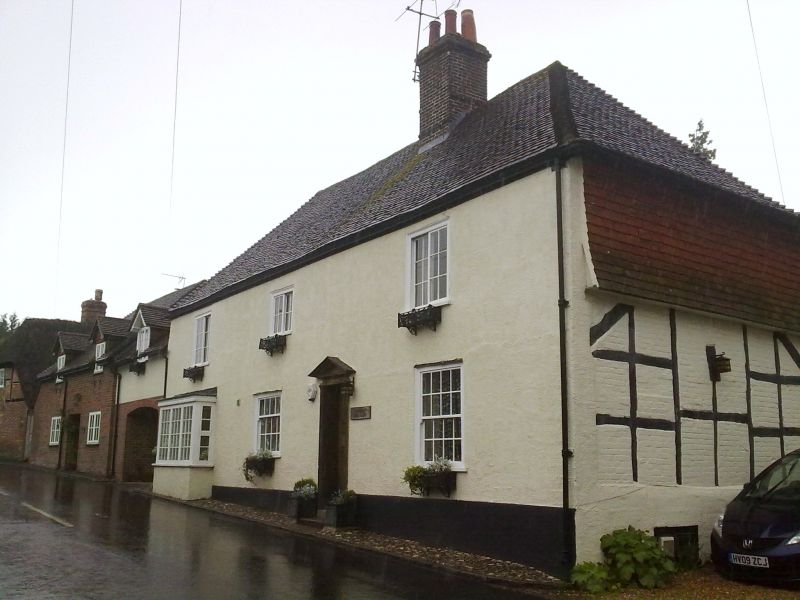 
House, at one time house and shop. C17 or earlier timber framed building, with early C19 refronting and rear wing. Part of property forms a flying freehold with the adjoining property to the west in a late C20 building which is not of special interest. Rendered walls with plinth to front elevation, the east end elevation has tile-hanging above exposed framing (with painted brick infill), rear elevation is of painted brickwork in Flemish Garden Wall bond. Hipped tile roof with off central brick chimneystack, catslide at rear with further brick chimneystack and hipped roof to the lower rear wing. South or front elevation of two storeys three windows. Upper floor to front elevation has sliding sashes. Ground floor has two sashes in exposed frames, right side one 16-pane, left side one 12-pane and west side projecting C20 square bay. Thin wooden doorcase with pediment, frieze, pilasters, and 6-panelled door in line with chimneystack.