A Grade I Listed Building in Westonzoyland, Bridgwater, Somerset 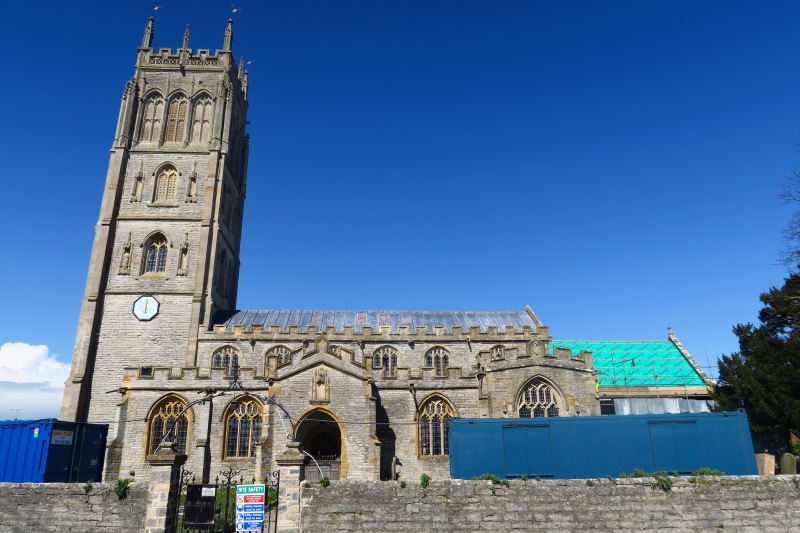 Mainly Perpendicular with Decorated chancel. Lofty tower of four stages, embattled parapet with quatrefoil arcading, set-back buttresses connected diagonally across the angle, they terminate in pinnacles on the bell-chamber stage; lowest stage blank on north and south sides, west face with large four-light window and a door; on the stage above traceried two-light windows on four sides, flanking niches, canopies, some remains of statuary; similar treatment to the stage above. Bell-stage with three transomed traceried windows set together on each face, flanking pinnacles; above square pinnacles with pennants and intermediate pinnacles; polygonal stair-turret to north with battlements; gargoyles, clock to south.

Majority of windows with plain leaded lights, iron saddle and stanchion bars. Some remains of medieval glass to north and south transepts and to south west window of the chancel. Six bells, two of C18. Early clock mechanism. Following the Battle of Sedgemoor, July 6 1685, some 500 defeated rebels were imprisoned in the church for a short time.