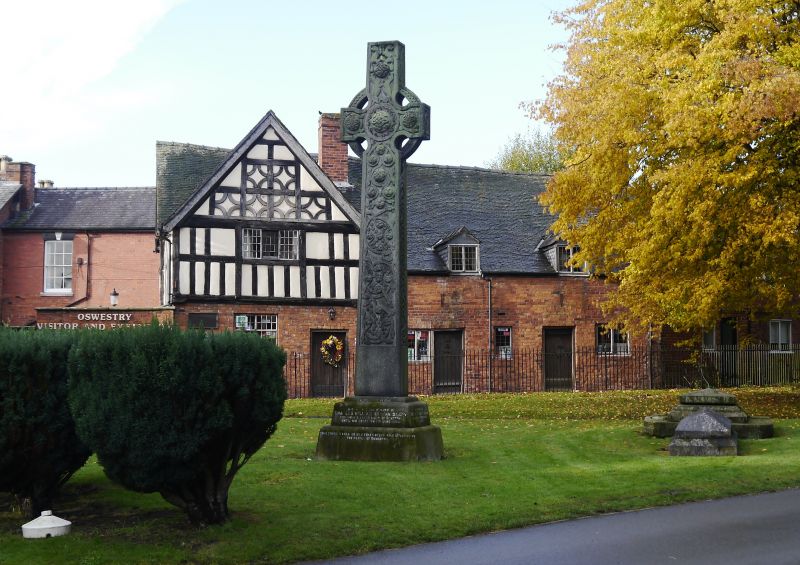 The building was originally
part of Oswestry Grammar School,founded by David Holbache in 1407. This
building occupies a prominent position on the edge of the churchyard of
St. Oswald (q.v.). B.O.E. p.223.