A Grade I Listed Building in Brockhampton, Worcester, County of Herefordshire 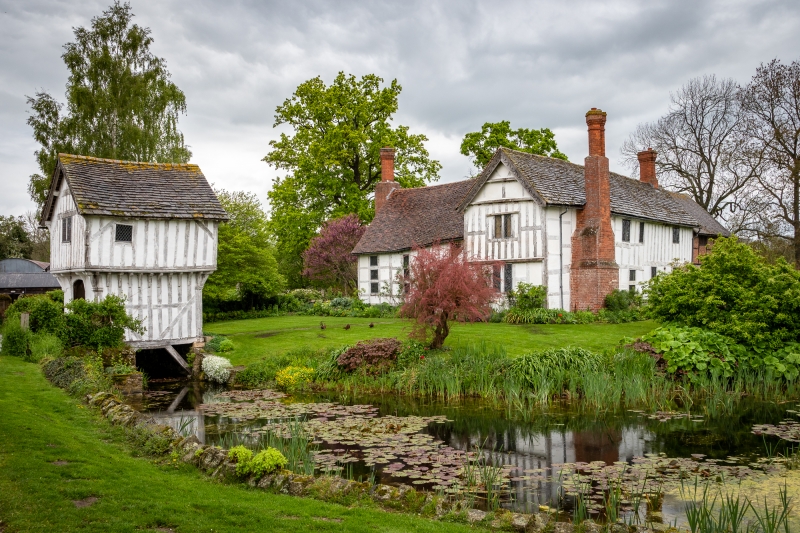 I GV
2.
Late Cl4 or early C15. 2 storeys. Timber frame and some rubble. Tile
and slate roars. Originally H-shaped plan with 2 cross wings, the west
wing has been demolished. Additions include late C16 north-west wing and
late C17 extension to east cross wing, and late Cl7 porch added to hall.
The exterior has exposed timber framing partly close-set, south gable has
carved barge boards and foiled timber-framing in gable head. Inside, the
hall is of 2 jays and east screen bay, there is 1 cruck-truss and cambered
collar beards with foiling above and 1 tier of foiled wind-braces. RCHM
Volume II, plates 39 and 81.