A Grade I Listed Building in Roydon, Essex 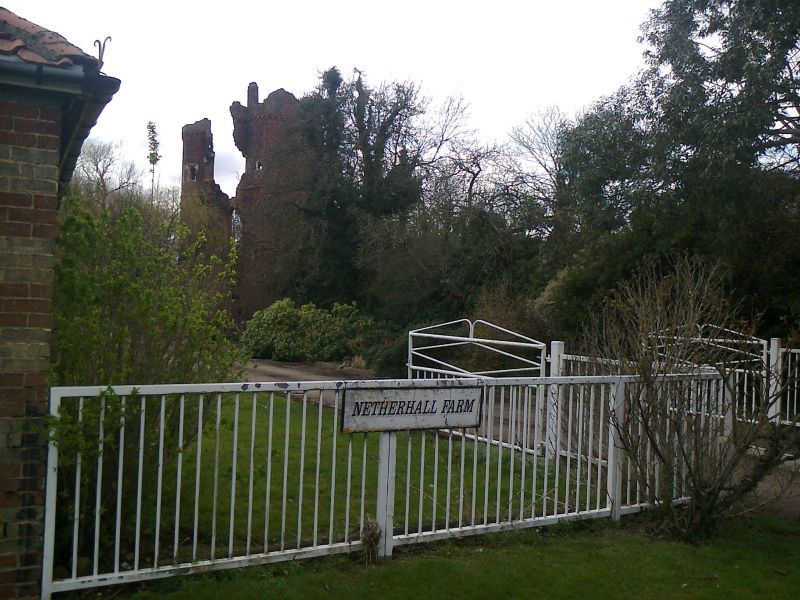 Ruined gatehouse, to fortified house now mostly demolished. Mid C15 in red
brick, with diapering in white brick and flared headers. 2 semi-octagonal
towers with gateway between. 3 storeys. Trefoiled corbelled parapets. To
the rear of the former right hand tower, is a further semi-octagonal projection
rising to full height of the building, and behind this a staircase tower. Outer
face of left hand tower has cruciform loops to ground floor, and windows with
four centred heads and square labels. Right hand side has square headed
windows, and is surmounted by 2 chimney shafts of spirally moulded brick with
moulded caps and bases. Between the 2 towers is the original outer arch of
the gateway, with moulded stone jambs and 4 centred arch in a square head.
Above are the remains of a square headed window of stone. Part of the curtain
wall to the right survives, bur on remaining sides is represented by foundations
only. Lower part of north west angle tower survives, with cruciform loops in
each face. Foundation mounds of domestic buildings are traceable within the
walls. Internally, the left hand side of the gatehouse, 3 rooms survive at
ground floor, 2 with barrel vaults. The original circular brick newel stair
has sunk and moulded brick handrail. Rectangular moat with original brick
revetments to outer bank. (RCHM 2). (Arch.Jnl.1975 and Jnl.Brt.Arch.Ass.1976)