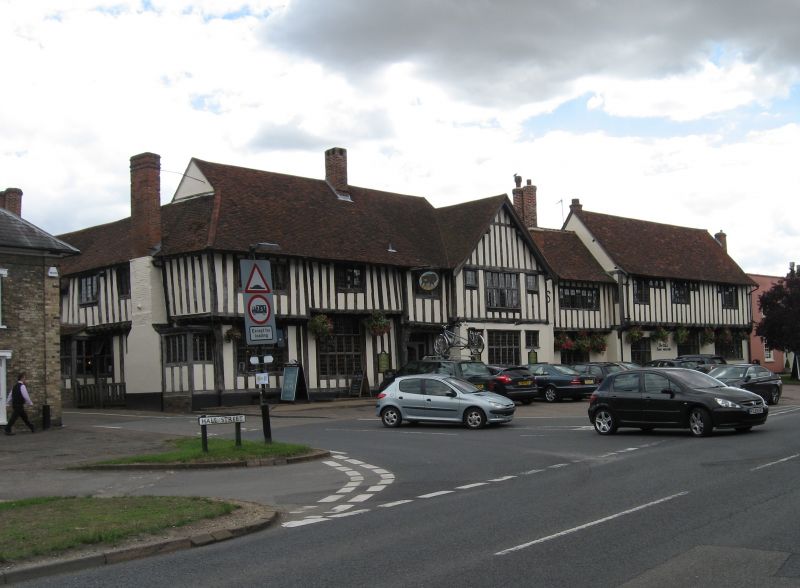 2.
A well known Suffolk Inn known to have been an inn under the same name
since at least 1580 when it was marked on a manor map of that date. It
has been much restored and 2 cottages on the south end have been rebuilt
in C17 style with a jettied upper storey and incorporated into the Bull
Inn. 2 storeys. The original Inn has a cross wing at the south end.
The main block has a jettied upper storey at different levels and the
cross wing is underbuilt. The timber-framing is exposed, with some carving.
Much of the cross wing is of modern construction. The windows are modern
restorations in Cl6-C17 style with 3, 4 and 5-light mullioned and transomed
casements with leaded lights. The jettied upper storey continues on the
north side and there are 2 large external chimney stacks, one with 2 octagonal
shafts. The ground storey has underbuilt bays. The north-west corner
has a heavy corner post. A courtyard at the rear is enclosed by wings
to the east and south. Roof tiled, with an original chimney stack at
the south end of the cross wing (formerly an external stack). The interior
has original features, much restored.