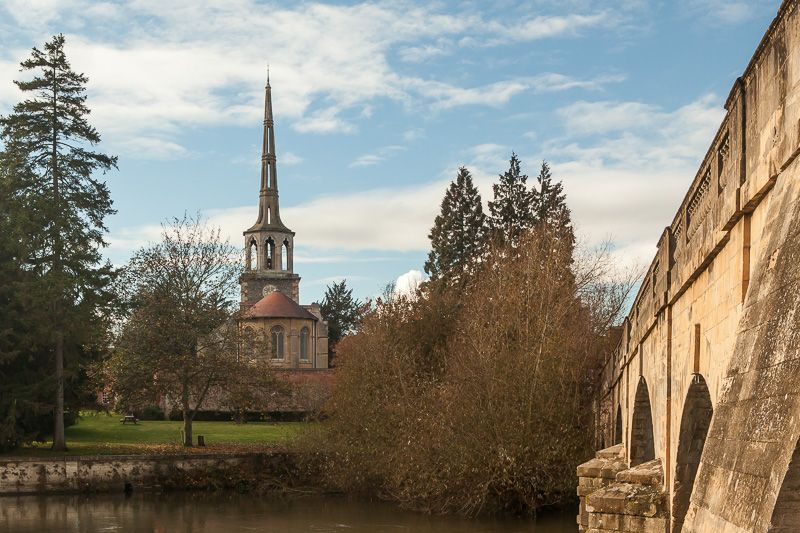 Six-panel double door with fanlight to round-topped doorway with damaged moulded stone surround to west face of tower. Four round-arched windows with damaged keystones and imposts blocks to each side of nave, Quoins to end of nave. Shaped cornice and plain parapet to eaves of nave. Early C20 reticulated tracery windows to apse. Early C20 rose window to north side of apse. Three-light Y-tracery window above west door. Panel inscribed "This church was finished A.D. MDCCLXIX, The Spire A.D. MDCCLXXVII". Clock face to each side of top of tower, except to north. Open-work stone Gothick spire.

Interior: shallow segmental-arched coffered ceiling to nave. Late C18 font and pews. Stained glass to east window by Morris and Co. of 1918. External wall monument to Sir William Blackstone and family on south side of nave to right. Gothic-arched surround with three armorial shields to base and inscribed panel above.

History: church replaced one destroyed during siege of Wallingford in 1646. Sir William Blackstone took a keen interest in the building of the tower and spire and paid for the southern clock face which could be visible from his house, Castle Priory (now Castle Priory College, q.v.).