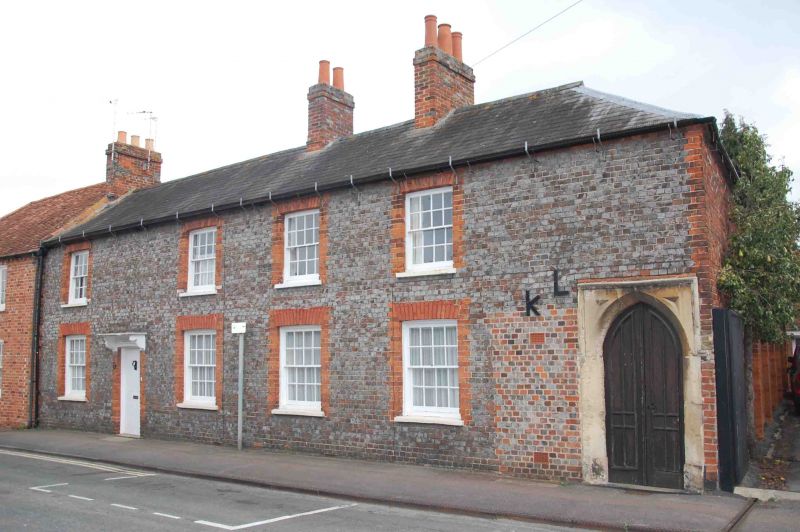 House, once a pair, early C19, L-plan with main façade to Wood Street.

HISTORY: The front façade, with its use of grey brick and its fairly generous fenestration, suggests that the pair of houses was built for occupation by - perhaps - well-to-do artisans or tradesmen. In the mid 1970s the two properties were converted into a single dwelling, at this time one of the front doors being blocked up and the interior re-ordered.

SUMMARY OF IMPORTANCE: This pair of early C19 cottages are now a single dwelling. The grey facing brick coupled with 16-pane unhorned sash windows with red brick arches and sides gives the building a plain elegance and there is a medieval stone archway and hood mould set into the facade. The building appears to have been little if at all altered since it was listed in the 1980s, and although 1970s alterations have affected the original character somewhat they did not substantially alter the structure and appearance of this early C19 building. Its frontage makes a handsome contribution to Wood Street, not least through the use of the locally distinctive grey brick.