Oakwood House and the Close 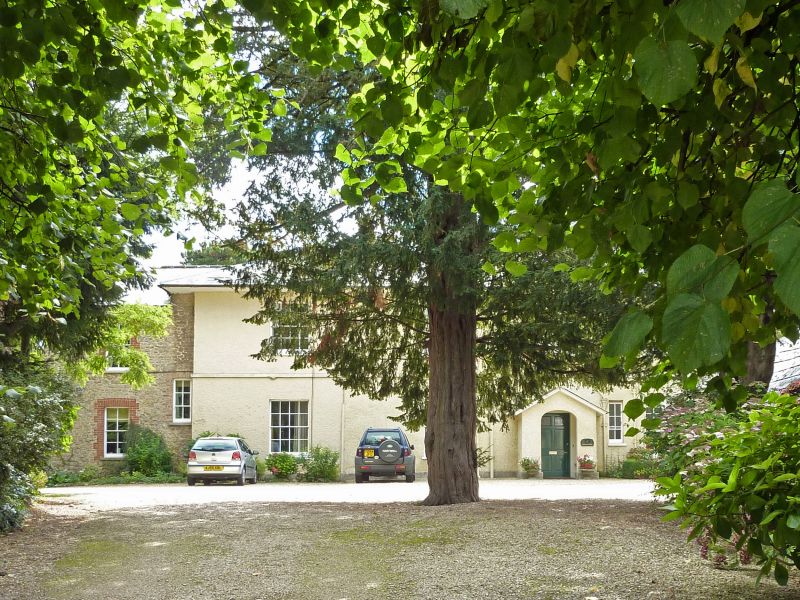 Church of England Parish: Shrivenham with Watchfield and Bourton

2.
Circa 1820 former Vicarage with a mid C19 E addition, now two dwellings. Oakwood
House extends through 3 bays of the original Vicarage and The Close occupies the
4th bay of the former vicar's house and the 1 bay later extension. The Vicarage
section is of rubble stone faced with limewashed render with a very shallow hipped
slate roof and 2 brick stacks, one on a stone base at the W end. The later addition
is of rubble stone and brick openings also with a slate roof. 2 storeys with a N front
of 4 widely spaced bays with sashes, 4 panes wide, throughout. lst floor string
course and a gabled rendered porch with slate roof sheltering a 4 panelled door with
2 glazed lights. The 2 storey, 1 bay E addition also has sashes 4 panes wide. To the
rear under the deeply projecting eaves which is a feature of both facades, is a SW bow
with blind boxes to the ground floor sash windows. Inside, the bow has reeded
architraves with stopped roundels and panelled shutters to the windows and similar
architraves to the doors. There is also a cantilevered staircase with mahogany
handrail, thin squared balusters and carved tread-ends.