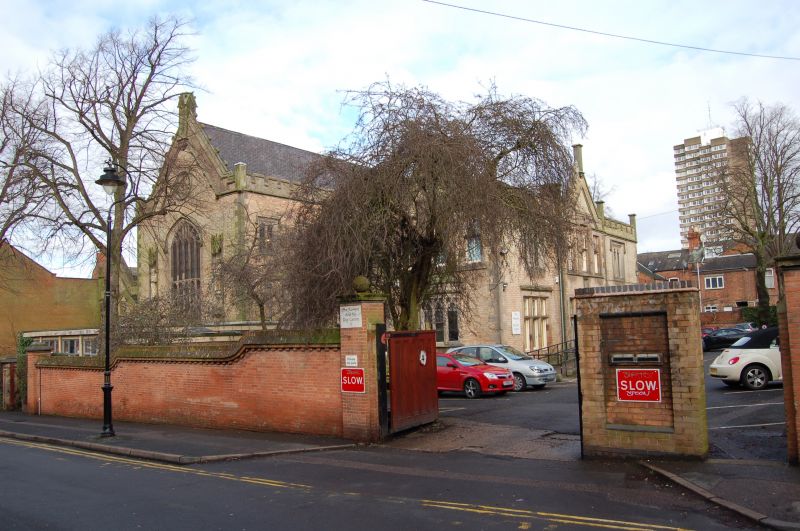 Church of England Parish: Leicester The Presentation of Christ

Hall facade in Perpendicular style with a five-light four-centred arch window, a niche on each side, and above a circular clerestory window have multifoil cusps in gable end with moulded coping and pinnacles. Single-storey classrooms on each side of hall linked with an interior corridor and externally with castellated and gabled frontage pierced with Tudor-Gothic windows, the whole surmounted with pinnacles the tops of which are missing. The east classroom has extra storey added later C19.

Entrances on north and south ends with ornate doorways. Two symmetrically placed bay windows at each end of main facade. All windows except east and west ends of great hall are in Tudor-Gothic style, rectangular with stone mullions and dripmoulds.