A Grade I Listed Building in Alcester, Warwickshire 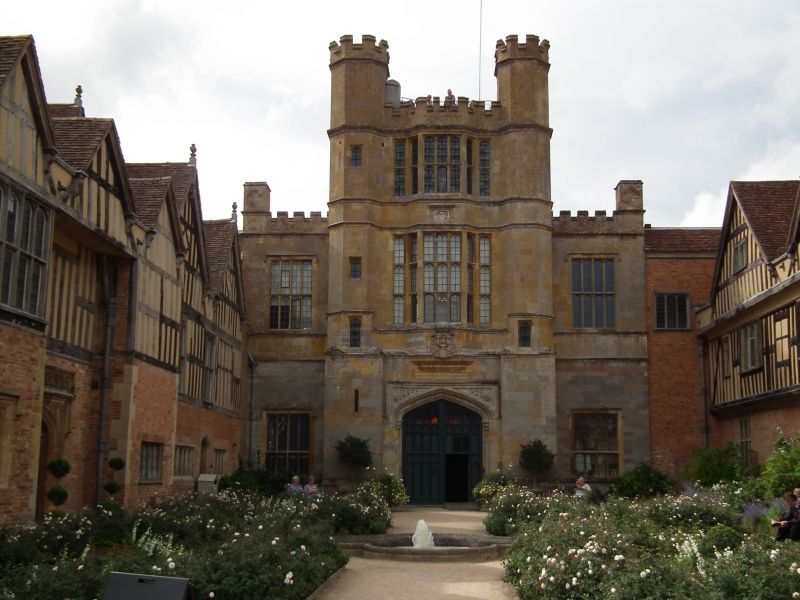 C16 double-flight staircase from Harvington hall with heavy turned balusters and
square newel posts with finials. Study has fine C17 panelling with pilasters.
Ground floor with broad-chamfered ceiling beams. North range has part of a fine
C16 panelled timber cieling with moulded ribs and carved bosses. Dog-leg
staircase with C17 turned balusters. The Throckmortons were Catholics, and were
deeply involved in the Throckmorton plot of 1583. In 1605 the wives of the
Gunpowder Plotters awaited news at Coughton. In 1688 the east wing was destroyed
by a Protestant mob, and was finally cleared away in 1780.
(V.C.H.: Warwickshire, Vol.III, pp.75-78; Buldings of England: Warwickshire,
pp.245-6; Coughton Court; The National Trust 1984).