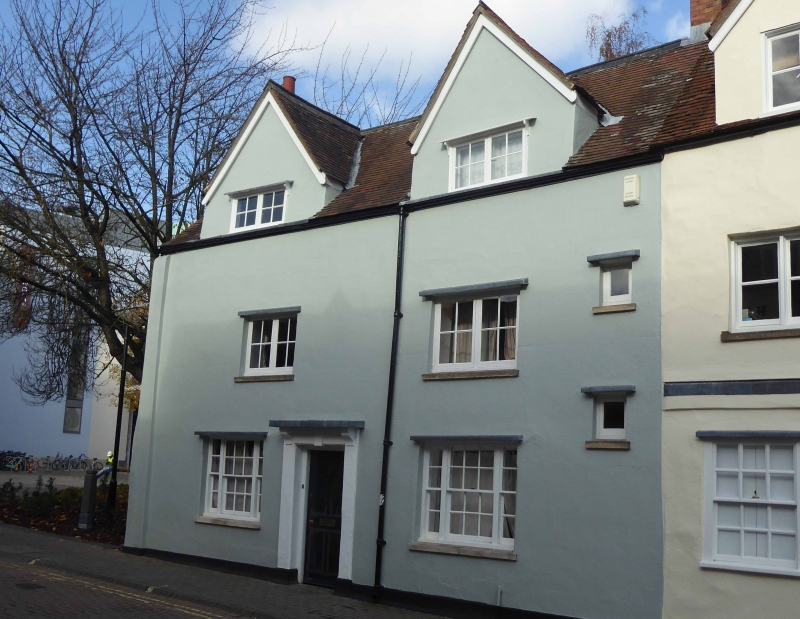 II
House. Probably mid C17 in origin. Two-storeyed double fronted stuccoed rubble with two large gabled attics with casement windows in each. In the first floor are two double casement lights and in the ground floor two three-light C18 sash windows. The central doorway has a flat-keystoned architrave with stone brackets supporting a flat stone hood. At the back the facade has a C17 appearance; the rubble walling is exposed and there are two gables. Restored 1972.