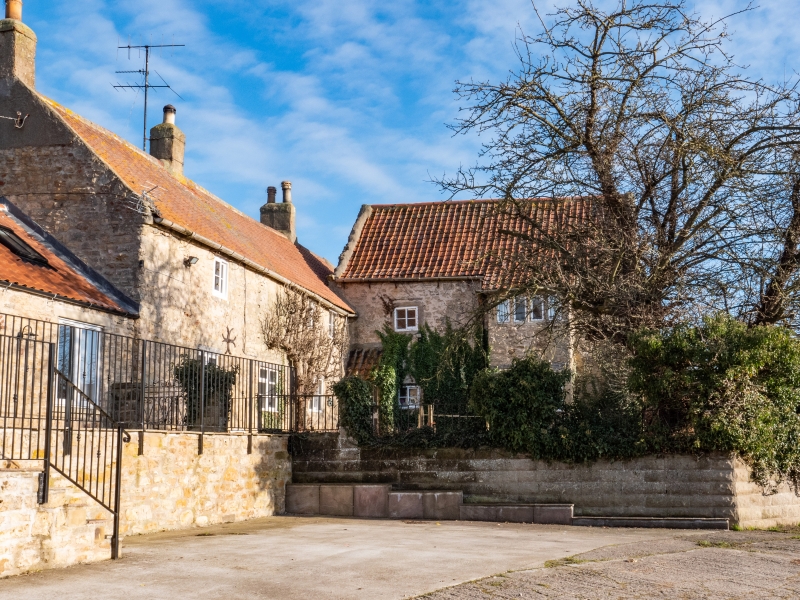 1/12 No.24 (Manor
Farmhouse) and
adjoining
farmbuilding

Farmbuilding included for group value. C20 lean-to addition on left return of
farmbuilding is not of special interest.