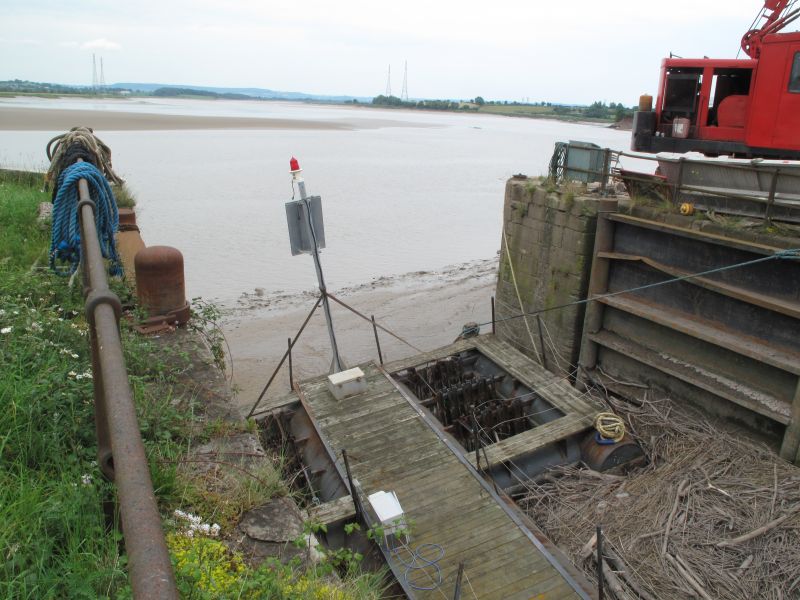 Dock and lock walls. C19. Heavy sandstone squared and dressed with very large
bull-nosed coping blocks. At river edge, walling rises c.6 m from mud level
(variable), and c.40 m southward from dock opening, but dying out to damaged
end, returns c.90 m to west, on south side of dock and lock, of which c.54 m is
well-formed lock and -entrance walling, stepping down to lower containing wall
which dies into grass at west end. Measurements are all approximate, and taken
only to south bank of dock; north bank corresponds for first c.54 m westwards
from river edge and remains in part buried in later grass and other growth to
west. This is an important remnant of the former trade routes in and across
the Severn. The dock gates remain only in fragmentary form at the time of
survey.