A Grade I Listed Building in St Briavels, Gloucestershire 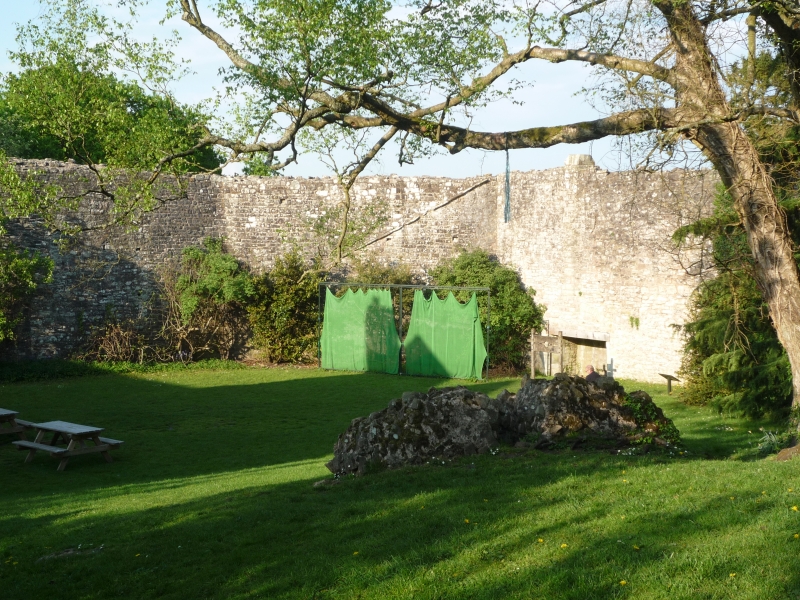 ST BRIAVELS CHURCH STREET
SO 50 SE
(south side)
6/166 St Briavels Castle and
curtain wall
GV I
Remains of castle, and curtain wall, now a Youth Hostel. Early C13 and c1292-93,
later modifications especially in C19 and C20. Principally in coursed sandstone,
with stone slate roofs. What remains is the 3-storey gatehouse of late C13 with
two D-shaped towers flanking a crenellated main entrance over the moat, now dry,
with the original C13 hall range immediately behind, to the right, and with a
restructured C19 facade, then cross wing including the chapel of late C13; this
all lies in the north-west corner of a roughly oval curtain wall which is broken
in various places, all set to a mound with former moat. The gate house is in 3
storeys and basement with glacis to base of towers; left has five 2-light C19 or
later casements in wood with transom, right one similar, 1 deep arrow slit, and
3 small single lights, central great doors in segmental pointed arch in 3 orders,
return face right has 4 arrow slits and three 2-light wood casements, one with transom; then 2 storey block with crenellated top, with C19 windows, two 3-light with transom and one 2-light the same over one 3-light and two 2-light casements without transom, continued to gable with fine decorative octagonal chimneystack with trefoil heads and crocketted gables and a small spire over 2-light casement with transom and a lofty C19 door. Interior: west tower includes fine heavily detailed carpenter's staircase at first floor, and hooded C13 fireplace, oak plank floors and deep embrasured openings, the current dining room includes fireplace with moulded overmantel under a blocked arch and one minute light in a deep embrasure. Large hooded C13 or C14 fireplace at first floor in north west tower. The Chapel, now a games room, is of late C13, has heavy 3-bay roof, double chamfer door, and an original piscina, and includes a 3-light stone casement with heavy transom but tracery now missing from pointed head, and a similar window to room known as King John's bedroom; King John's bedroom includes a very heavy overmantel on triple shafts with carved caps which do not fit the shafting. A very impressive remnant and sited very prominently opposite the Church of St Mary (qv).
(D Verey, Gloucestershire: the Vale and the Forest of Dean, 1970).
A M Gloucestershire: 461.