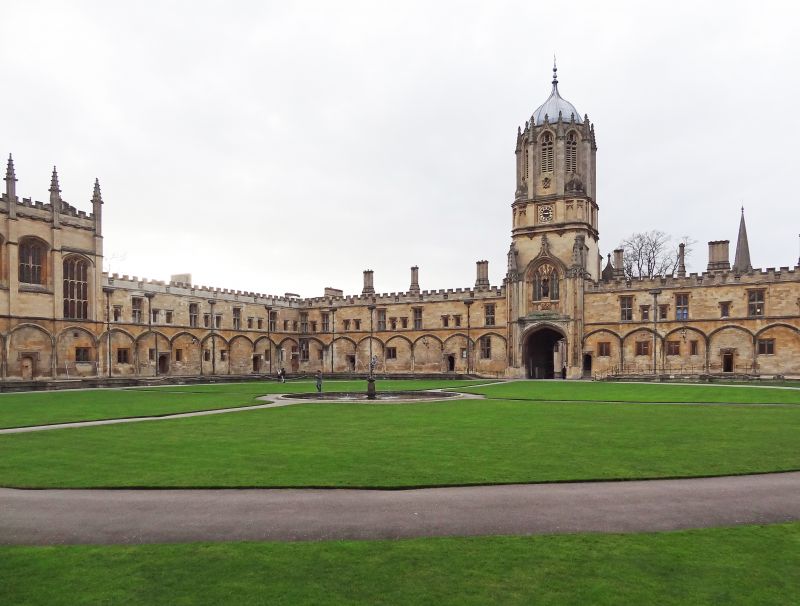 I
Collegiate: (a) west; and south sides, 1526 (John Lubbyns and Henry Redmayne, masons); the north range circa 1668 (refaced C19). Includes Tom Tower, lower part 1526 (since refaced in Taynton stone), upper part 1681-82 by Wren with Christopher Kempster and the Oxford Robinsons, masons; top storey above clock refaced and much of west front restored by W.D Caröe, 1909-12, in Clipsham stone; terrace and steps, 1842 by Sir Francis Chantrey.

(g) Hall on first floor, 1529, with modern (1878) parapet and pinnacles; rooms beneath remodelled and roof of hall (originally made probably by Humphrey Coke) restored in 1720.