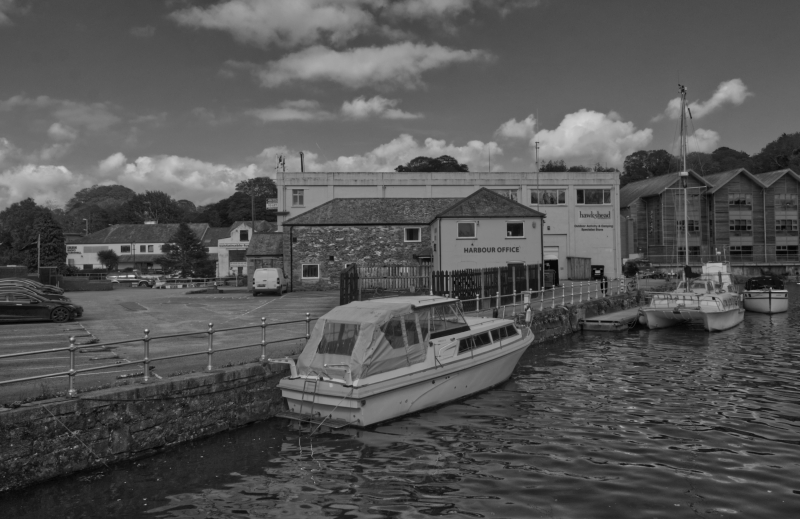 DESCRIPTION: the two main sections of quay wall are broadly set on a V formation along the courses of the two rivers that the quay stands between. At the southern end, where they adjoin, the wall is rounded, has been partly rendered and has C18 copings with iron cramps. To the right (River Allen side) are sections of wall built in vertically-set Killas, which are the oldest parts of the wall. Other sections of wall are constructed of roughly-coursed Killas. The walls have granite copings and railings of C20 date.

Town Quay is at the confluence of the rivers Allen and Kenwyn there they join to form the start of the Truro River. The earliest parts of the quay wall date to the early C18 and there have been different phases of rebuilding and replacement since that time. Railings were installed on the coping stones in the C20 and there is some repair work of late C20 date. The Boscawen Bridge was built across the north and eastern ends of the walls in 1969.

Quay Walls and Railings at Town Quay, Truro are listed at Grade II for the following principal reasons:

* the early-C18 promontory quay walls retain their character as harbour features in Cornwall’s Cathedral City, despite some later rebuilding;
* for the use of Cornish killas stone and granite materials in a distinctive arrangement;
* the C20 railings are of a fitting design and, along with the replacement granite copings, contribute to the overall aesthetic of the quay.

* as an uncommon survival of early-C18 quay walls they are among the earliest structures relating to the mooring of marine craft and illustrate the former importance of Truro as an inland port and an industrial and maritime centre.

* for the contribution to the historic character of Truro and its other listed buildings.