A Grade I Listed Building in Hollingbourne, Kent 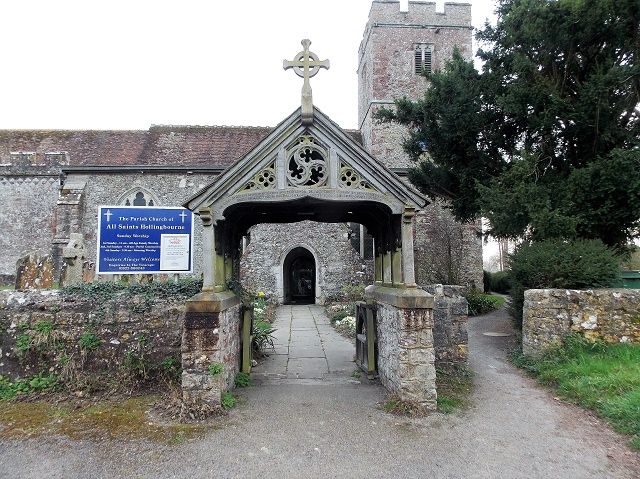 HOLLINGBOURNE
UPPER STREET (west side)
Church of All Saints

West Tower: no plinth, no buttresses. Three stages, with battlements above moulded, gargoyled string. Two-light belfry windows with cinquefoil-headed lights and squared hoodmould. Similar single light towards base of each side of central stage, and one to bottom stage, above door. Two-centred arched moulded west doorway with carved heads as label stops.

Decoration: C17 Culpeper arms in east window of north chapel. Deeply coloured stained glass in north west window of north aisle and east window of chancel, date of death 1873. North chapel has moulded stone dado rail. and moulded and inscribed stone cornice at impost level of window, with numerous small raised shields to wall between them, all but five blank.