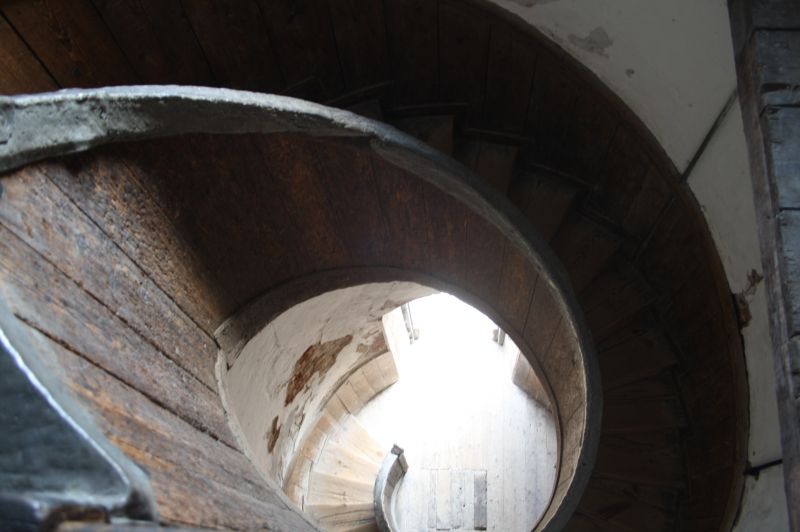 Fort. 1559-67 to designs by Sir Richard Lee, enlarged 1599-1601 to
designs by Arthur Gregory and an Italian engineer surnamed Baptist.
Converted into magazine 1668, Ordnance Laboratory 1827 and part of the
Naval Armament Supply Department in the late C19. Coursed ragstone
with some red brick heightening and patching. Rectangular main block
with water bastion and river frontage belongs to Sir Richard Lee's
design of 1559-67. Two riverside towers substantially rebuilt and
gatehouse, curtain wall and moat added 1599-1601. River front height-
ened, alterations to gatehouse and towers later in C17. Gatehouse:
coursed coarse ragstone walls either side of entrance with cross-loops,
one marked on lintel 'W. Webster XXIII Regt, 1787 May'. Coursed
rubble gatehouse projecting from two wider taller rear towers, all
brought up to greater height in C17 with double-splayed segment-
headed stone-dressed gun-ports in top stage of sides of gatehouse.
Wooden bell-cote over gatehouse with bell dated 1809. Recess immed-
iately over gate-arch, perhaps for coat-of-arms. Round-arched inner
gateway in line with inner tower walls with C20 balustrades on two
floors over, following C18 configuration. Curtain wall: rebuilt after
1625. Coursed ragstone with red brick parapet and wooden stakes
projecting over moat to north-west and south-west. Magazine: East side:
Coursed ragstone with some red brick rebuilding. Main block in centre
with north and south towers attached by lower walls at level of band on
main block. Staked palisade projecting to east into River Medway in
triangle full-width of block with inner gun-embrasured water bastion
full width of magazine only. North-east and south-east towers:
Rectangular with brick parapets and round stair-towers towards Medway.
Various irregular loops and wooden mullioned windows. Magazine block:
Platband at half-height and crenellated parapet. End projecting round
towers and central projecting octagonal stair tower, all taller than
block which has recessed ends behind shallow splayed side to centre.
4 oculi on two upper floors and 2 round-arched windows on stair-tower,
all added before 1698. Various other loops. 3 round-arched doorways
at water bastion level, one in centre to wooden spiral stair, two outer
doorways to small side compartments under magazine. At the height of its
use in the early C17 the Castle was equipped with 'a demi-cannon, 7 culverin,
5 demi-culverin, a minion, a falcon, a saker and 4 fowlers with 2 chambers
apiece'. See A. Saunders, Upnor Castle, DOE Official Handbook, 1983.
Upnor Castle is a scheduled Ancient Monument and is in the care of the
Historic Buildings and Monuments Commission.